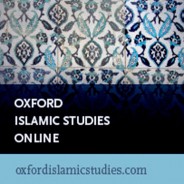 This authoritative, dynamic resource brings together the best current scholarship in the field for students, scholars, government officials, and community groups, to foster a more accurate and informed understanding of the Islamic world. Oxford Islamic Studies Online features reference content and commentary by renowned scholars in areas such as global Islamic history, concepts, people, practices, politics, and culture.

The world has watched as ISIS (ISIL, the “Islamic State”) has moved from being a small but extreme section of the Syrian opposition to a powerful organization in control of a large swath of Iraq and Syria. Even President Obama recently admitted that the US was surprised by the success of ISIS in that region. Why have they been so successful, and why now?

Shadi Hamid, fellow at the Brookings Institution, and author of Temptations of Power: Islamists and Illiberal Democracy in a New Middle East, shares his thoughts.

ISIS is a “revolutionary” organization in a way that al-Qaeda and other like-minded extremist groups never were, and never really wanted to be. The “caliphate” — the historical political entity governed by Islamic law and tradition — might have been an inspiration as well as an aspiration, but it wasn’t actually going to happen in real life. The historical weight of the caliphate, and its symbolic power among even less Islamically-minded Muslims, was simply too much (and not only that, you needed a large enough swath of territory to establish one). ISIS, even if it was destroyed tomorrow morning, will have succeeded in removing the mental block of the “caliphate.” Now, anytime there’s an ungoverned, or ungovernable, space, a militant group will think to itself: should we try to capture a piece of territory and announce our own little emirate? And, well beyond the rarefied realm of extremist groups, ISIS has succeeded in injecting the word “caliphate” back into the public discourse. In Turkey, for example, various writers, while opposing ISIS’s particular version of the caliphate, have been willing to discuss the idea of a caliphate.

In this sense, the question of whether ISIS enjoys much popular support in the Muslim world — it doesn’t — is almost beside the point. ISIS doesn’t need to be popular to be successful. In June, around 800 militants were able to defeat an Iraqi force of 30,000 in Mosul, the country’s second largest city. Ideology, morale, and, crucially, the willingness to die are force multipliers. But ideology can only take you so far without a conducive political environment. ISIS itself was perhaps inevitable, but its rise to prominence was not. It has benefited considerably from the manifest failures of Arab governance, of an outdated regional order, and of an international community that was unwilling to act as Syria descended into savage repression and civil war.

Graeme Wood made an important point in one of the only pieces I’ve read that takes ISIS’s religious inspirations seriously: “ISIS’s meticulous use of language, and its almost pedantic adherence to its own interpretation of Islamic law, have made it a strange enemy, fierce and unyielding but also scholarly and predictable.” This is where ISIS’s aspirations to governance become critical, and where Obama’s description of the group as a “terrorist organization, pure and simple” seems both problematic and detached. Emphasizing the distinctive nature of ISIS — and getting it across — becomes difficult in a public discourse, which is all too often focused on us, and dealing with our Iraq demons.

This is part two of a series of articles discussing ISIS. Part one is by Hanin Ghaddar, Lebanese journalist and editor.

Shadi Hamid is a Brookings Institution fellow working on the Project on US Relations with the Islamic World in the Center for Middle East Policy and a regular contributor to The Atlantic. He is author of Temptations of Power: Islamists and Illiberal Democracy in a New Middle East, published by Oxford University Press.