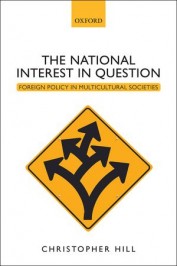 The National Interest in Question: Foreign Policy in Multicultural Societies

Today many are asking why Parisians have been attacked in their own city, and by their own people. But for many years the question for those following the issues of foreign policy and religion was why France had suffered so little terrorism in comparison to other European states. After the bombs on the Paris Metro and a TGV line in 1995, there were no significant Islamist attacks until the fire-bombing of the Charlie Hebdo office in November 2011, and the killings of three French soldiers (all of North African origin) and three Jewish children (and one teacher) by Mohamed Merah in Toulouse four months later. These attacks turn out to have been a warning of things to come.

But why was France free of such attacks for over fifteen years, when Madrid and London suffered endless plots and some major atrocities? Given the restrictions placed by successive governments on the foulard (headscarf) and the burka, together with the large French Muslim population (around 10% of the 64 million total), the country would seem to have been fertile ground for fundamentalist anger and terrorist outrages.

One view is that the French authorities were tougher and more effective than, say, the British who allowed Algerian extremists fleeing France after 1995 to find shelter in the Finsbury Park Mosque — to the fury of French officials. Another line is that the French secular model of integration, with no recognition of minorities or enthusiasm for multiculturalism, did actually work. Thus when riots took place in 2005 the alienated youth of the banlieues demanded jobs, fairness, and decent housing — not respect for Islam or Palestinian rights.

A third possible explanation of the long lull before this week’s storm is that French foreign policy had not provoked the kind of anger felt in Spain and Britain by their countries’ roles in the Iraq war, which France, Germany, and some other European states had clearly opposed. Although France had an important role in the allied operations in Afghanistan, its profile was not especially high. Given the slow-changing nature of international reputations the image of France as a friend of Arab states and of the Palestinians endured, while Britain drew hostile attention as the leading ally of the United States in the ‘war against terror’. France, again unlike Britain and the United States, has tended to be pragmatic in negotiations with those who have taken its citizens hostage abroad, facilitating the payment of ransoms and getting them home safely. Its policy was that payments, and the risk of encouraging further captures, were preferable to providing the Islamists with global publicity.

Naturally no single explanation can account for the French exception, which has now come to such a dramatic end. It was a combination of factors that kept the domestic peace. Strong security measures put many jihadists in gaol, or forced them abroad. Civic nationalism emphasising Frenchness and discouraging the overt celebration of different languages and ways of life meant that unrest over deprivation never morphed into what Olivier Roy called an intifada. An adroit foreign policy emphasising distance from the United States despite quiet cooperation on many issues kept France out of the front line of Islamist anger. If any one of these three factors had been absent, things could have been very different.

So what has changed now? It may be that the security services simply got complacent. This seems unlikely given that when French counter-terror sources have always talked of an attack they have said ‘it is not a question of if, but when’. They are aware that the nature of jihadism is to plant operators wherever they can be hidden, without discriminating between good and bad societies – although it is notable that there have been relatively few attacks in Scandinavia, or in countries like Ireland, Italy, or Portugal.

France must expect more plots, of which some will probably come to fruition. The threats may be increasing because of the lagged effects of alienation among those second and third generation young people, French by nationality but North African by family origin, who feel that the country has not lived up to the ideals of fraternity and equality, thus depriving them of the opportunity to get jobs, decent housing – and respect. A significant proportion of these youngsters, living well away from the stylish ‘centre villes’ admired by foreign tourists, have come to find their identity not in French secularism, as the official theory runs, but in Islam. And some, especially those with few personal or family strengths to hold on to, have found self-validation in radical, even violent, fundamentalism. It requires very few to take this path, in a Muslim community of around six million, to represent a serious threat.

But whom would they wish to attack, and why? It is to be doubted that they are like the Red Army Faction in Germany forty years ago, aiming to overthrow a whole decadent society and replace it with something radically different – even if they probably would like to live under Sharia law. However horrifying they seem they are not, with isolated exceptions, mad or merely criminal. To be sure they are capable of acts of violence against unarmed people, which most regard as psychotic, and they have to be dealt with under the criminal law – unless killing them is the only way to save other lives. But they are, in their own terms, rational actors. The Kouachi brothers said during their flight from the police that ‘we do not kill civilians’, despite having murdered twelve people working in the Charlie Hebdo offices, among them a maintenance man and a visitor. This was disingenuous and self-serving, but it revealed not only the familiar trope of the disaffected young that the police are their enemy, but also a consistent world view in which Charlie Hebdo had declared war on Muslims, and had to be ‘neutralisé’, in the euphemism employed by French ministers during the crisis.

This is where foreign policy comes in. Many Muslim citizens of European states are deeply offended, not only by what they see as the insulting blasphemy of Salman Rushdie or Charlie Hebdo, but also by the actions of Western governments in the Middle East. It is bad enough (in this view) that they effectively take Israel’s side against the Palestinians, but the launch of military attacks in Muslim countries that inevitably kill civilians, often in large numbers and with powerful images disseminated rapidly around the world, requires a response.

Most people, of course, of any religion and none, do nothing about the foreign policy events they see on television. A minority will engage in passionate but legal protest. A very small minority takes matters into its own hands, travelling to battlefields, receiving training in the use of arms or terrorism, and sometimes acting as sleepers in Western societies until they or some controller judges the moment to be right. By this point the values behind their view are beside the point; they see themselves as at war.

For some years France did not attract this kind of hostility, or if it did, the reactions took time to mature, and have only come to light since 2011. But in recent years both Sarkozy and Hollande have pursued a more ‘forward’ foreign policy, intervening first in Libya, then against Jihadists in Mali (after which one Malian jihadist said that ‘blood will run on the streets of Paris’), and in 2014 becoming involved in the bloody conflict which has engulfed Syria and parts of Iraq. This, perhaps together with the way the Arab Spring exposed France’s ties to autocratic Arab regimes, has predictably attracted attention from those whose targets had previously been other western states. France was the first US ally to join in air strikes against ISIL in September 2014, when Interior Minister Cazeneuve responded to threats to kill French citizens in retaliation by saying that the government was ‘not afraid’ and would protect its citizens.

Unfortunately no government can protect all its citizens all of the time. Furthermore the existence of a diverse, mobile, and fragmented society, containing groups sufficiently alienated to find identity in religion and a global movement of resistance rather than in the culture of their land of birth, represents a major source of vulnerability for France, as it does for Britain and others. When we add to the mix the seemingly endless wars in Muslim countries in which our governments are intervening, it becomes less strange that turbulence should boil over into tragedy.

Christopher Hill is the Patrick Sheehy Professor of International Relations and Head of the Department of Politics and International Studies at the University of Cambridge, where he has taught since 2004. Before that he served for 30 years in the Department of International Relations at the London School of Economics and Political Science, where from 1991 he was the Montague Burton Professor. He has published widely on aspects of Foreign Policy Analysis, with an empirical focus on the European Union and its Member States. He is a Fellow of the British Academy and the author of The National Interest in Question: Foreign Policy in Multicultural Societies.