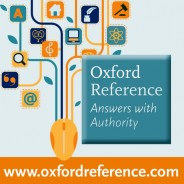 Two hundred years ago last Friday the owner of the London Times, John Walter II, is said to have surprised a room full of printers who were preparing hand presses for the production of that day’s paper. He showed them an already completed copy of the paper and announced, “The Times is already printed – by steam.” The paper had been printed the night before on a steam-driven press, and without their labor. Walter anticipated and tried to mediate the shock and unrest with which this news was met by the now-idled printers. It was one of many scenes of change and conflict in early industrialization where the hand was replaced by the machine. Similar scenes of hand labor versus steam entered into cultural memory from Romantic poetry about framebreaking Luddites to John Henry’s hand-hammering race against the steam drill.

There were many reasons to celebrate the advent of the steam press in 1814, as well as reasons to worry about it. Steam printing brought the cost of printing down, increased the number of possible impressions per day by four times, and, in a way, we might say that it helped “democratize” access to information. That day, the Times proclaimed that the introduction of steam was the “greatest improvement” to printing since its very invention. Further down that page, which itself was “taken off last night by a mechanical apparatus,” we read why the hand press printers might have been concerned: “after the letters are placed by the compositors… little more remains for man to do, than to attend upon, and watch this unconscious agent in its operations.”

Moments of technological change do indeed put people out of work. My father, who worked at the Buffalo News for nearly his entire career, often told me about layoffs or fears of layoffs coming with the development of new computerized presses, print processes, and dwindling markets for print. But the narrative of the hand versus the machine, or of the movement from the hand to the machine, obscures a truth about labor, especially information labor. Forms of human labor are replaced (and often quantifiably reduced), but they are also rearranged, creating new forms of work and social relations around them. We would do well to avoid the assumption that no one worked the steam press once hand presses went mostly idle. As information, production, and circulation becomes more technologically abstracted from the hands of workers, there is an increased tendency to assume that no labor is behind it.

Two hundred years after the morning when the promise of faster, cheaper, and more accessible print created uncertainty among the workers who produced it, I am writing to you using an Apple Computer made by workers in Shenzhen, China with metals mined all over the global South. The software I am using to accomplish this task was likely written and maintained by programmers in India managed by consultants in the United States. You are likely reading this on a similar device. Information has been transmitted between us via networks of wires, servers, cable lines, and wireless routers, all with their own histories of people who labor. If you clicked over here from Facebook, a worker in a cubicle in Manilla may have glanced over this link among thousands of others while trying to filter out content that violates the social network’s terms of service. Technical laborers, paid highly or almost nothing at all, and working under a range of conditions, are silently mediating this moment of exchange between us. Though they may no longer be hand-pressed, the surfaces on which we read and write are never too distant from the hands of information workers.

Like research in book history and print culture studies, the common appearance of a worker’s hand in Google Books reminds us that, despite radical changes in technology over centuries, texts are material objects and are negotiated by numerous people for diverse purposes, only some of which we would call “reading” proper. The hand pulling the lever of a hand press and the hand turning pages in scanner may be representative of two poles on a two-century timeline, but, for me, they suggest many more continuities between early print and contemporary digital cultures than ruptures. John Walter II’s proclamation on 28 November 1814 was not a turn away from a Romantic past of artisanal labor toward a bleak and mechanized future. Rather, it was an early moment in an ongoing struggle to create and circulate words and images to ever more people while also sustaining the lives of those who produce them. Instead of assuming, two hundred years on, that we have been on a trajectory away from the hand, we must continue looking for and asking about the conditions of the hand in the machine.

Jonathan Senchyne is an assistant professor of library and information studies at the University of Wisconsin-Madison, where he is also the associate director of the Center for the History of Print and Digital Culture. His research appears in Early African American Print Culture (Penn 2012) and is forthcoming in Book History.