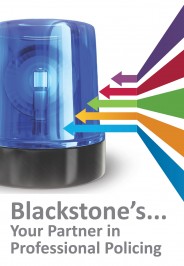 In order to spread some festive cheer, Blackstone’s Policing has compiled a watchlist of some of the best criminal Christmas films. From a child inadvertently left home alone to a cop with a vested interest, and from a vigilante superhero to a degenerate pair of blaggers, it seems that (in Hollywood at least) there’s something about this time of year that calls for a special kind of policing. So let’s take a look at some of Tinseltown’s most arresting Christmas films:

Considered by many to be one of the greatest action/Christmas films of all time, Die Hard remains the definitive cinematic alternative to the usual saccharine cookie-cut Christmas film offering. This is the infinitely watchable story of officer John McClane’s Christmas from hell. When a trip to win back his estranged wife  goes awry and he unwittingly finds himself amidst an international terrorist plot, he must find a way to save the day armed only with a few guns, a walkie talkie, and a bloodied vest. With firefights and exploding fairy lights abundant, this Bruce Willis tour de force is the undisputed paragon of policing in Christmas films.

In a parental blunder tantamount to criminal neglect, the McCallister family accidentally leave their youngest member, Kevin (played by precocious child star Macaulay Culkin), ‘home alone’ to fend for himself over Christmas as two omnishambolic burglars target the McCallister household. As the Chicago Police Department work through the confusion of the situation, Kevin traverses his way through a far from silent night. Cue copious booby traps and slapstick as the imagination of an eight-year-old boy ingeniously holds the line in this family-fun classic.

Gotham is a city perennially infested with arch-criminals whose seemingly endless financial resources demand that they be tackled head-on by a force who can match them pound-for-pound (or dollar-for-dollar, if you prefer). Enter Gotham’s very own Christmas miracle: billionaire Bruce Wayne and his vigilante alter ego Batman (Michael Keaton), who provides a singular justice-hungry scourge against the criminal underworld. As the Penguin (Danny DeVito) hatches a nefarious plot which threatens the city, Batman’s wholly goodwill must prove resilient. Though director Tim Burton went on to make The Nightmare Before Christmas the following year, Batman Returns itself is hardly a Christmas classic.

With a blizzard of bullets and completely bereft of snow, LA-based Lethal Weapon lacks nearly all the usual trimmings of a Christmas film. Seasoned detective Roger Murtaugh (Danny Glover) is close to retirement when he’s paired with the young (and morose) Martin Riggs (Mel Gibson) to tackle a drug smuggling gang. As their stormy investigation progresses, Murtaugh and Riggs’ unlikely union flourishes into a double-act worthy of Donner and Blitzen (and, judging by the pair’s return in a subsequent three installments of the series, their entertaining policing partnership always leaves audiences wanting myrrh…).

In this third installment of the Griswold family’s catastrophic holidays, Clark (Chevy Chase) navigates his way through the perils of yet another disastrous calamity, but at least this time he has his Christmas bonus to look forward to. Things take a bizarre turn for the criminal when the bonus isn’t forthcoming, resulting in a myriad of mishaps of Christmas paraphernalia and SWAT teams. As the tagline for the film attests, ‘Yule crack up!’

Petty thief Harry Lockhart (Robert Downey Jr.) finds himself embroiled in a series of increasingly byzantine cases of mistaken identity as both a method actor and criminal investigator. Reality cuts through when Harry is shepherded into a murder investigation involving the sister of his childhood crush, Harmony Lane (Michelle Monaghan). Perhaps one of the less christmassy films on this list, there are definitely still a few seasonal signs parceled  in to this murder/mystery thriller.

Arguably the ultimate Christmas film, Miracle on 34th Street is the classic tale of the legal battle around the sanity and freedom of a man who claims to be the real Santa Claus. This original film won three Academy Awards including Best Actor in a Supporting Role for Edmund Gwenn’s portrayal of Kris Kringle (‘the real Santa Claus’). Despite being remade in 1994 and adapted into various other forms, the 1947 version remains the quintessential Christmas film which no comprehensive watchlist could be without.

Dastardly duo Willie (Billy Bob Thornton) and Marcus (Tony Cox) make their criminal living by posing as Santa and his Little Helper for department stores, and then opportunistically stealing as much as they can. As the security team for their latest blag hunts them down, Willie meets a boy determined that he is the real Santa and the race is on for the degenerate pair to reform their lifestyles before they are stuffed.

What would would you add to this list? Tell us your favourite policing Christmas film in the comments section below or let us know directly on Twitter. Merry Christmas everyone!