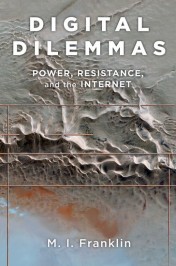 Oxford Dictionaries included slacktivism on its Word of the Year 2014 shortlist, so we invited several experts to comment on this Internet activism phenomenon.

Like its corollary clicktivism, slacktivism is a term that unites entrenched technosceptics and romantic revolutionaries from a pre-Internet or, more precisely, a pre-social media age as they admonish younger generations for their lack of commitment to “real” social change or willingness to do “what it takes” to make the world around them a better place.

This perception is based on drawing a corollary between the mounting evidence that people are spending more and more time online and the perception that political and social movements are no longer what they were. I would agree with both observations.

I would not agree, however, with this widely held assumption that online forms of sociopolitical mobilization, information-exchange, or community-building are either inferior or less genuine to offline varieties. There are good, bad, and indifferent forms of online political engagement just as there are in the offline world, e.g. going on a demonstration or signing a paper petition are not in themselves signs of above-average mobilization. In this sense then slacktivism, defined as actions in “support of a political or social cause but regarded as requiring little time or involvement,” existed long before the Internet came of age in the 1990s with the world wide web. And slacktivism, according to this part of the definition, will exist long after the social media platforms that dominate the internet of today have made way for the next generation of goods and services. Disapproval at the way any given generation makes use — or not — of the media and communications of their time will also continue long after the target of this pejorative term, so-called digital natives, have grown up and started to lament the way their children seem to have become disengaged from the social and political problems of their time in turn. Half-hearted or short-lived forms of political action, empty rhetoric, or fleeting movements for change are neither reducible to, nor are they synonymous with any particular technological artefact or system, even a transformative and complex one such as the Internet. This held true for the Internet’s socio-technological precursors such as television, the telephone, radio, and even the printing press.

My taking distance from this easy dismissal of the way people use the Internet to call to account power abuses at home and abroad, or to share information and get organized by going online, arises from a longstanding concern I have about the way that media pundits — and some parts of academe — look for easy ways to generate headlines or sell books by drawing such false dichotomies between our online and our offline lives. This preference for the simple either/or tends to overlook more pressing questions about the changing face and nature of sociopolitical engagement in a domain that is being squeezed from all sides by incumbent political and economic interests. It is tempting, and comforting to treat online mobilization as suspicious by default, but to do so, as astute observers (not) so long ago have already noted (Walter Benjamin and Donna Haraway for instance) does a disservice to critical analyses of how society and technological change collide and collude with one another, and in complex, over-determined ways. But I would go further here to argue that tarring all forms of online activism as slacktivism is a form of myopic thinking that would condemn the ways in which today’s generation’s communicate their concerns about the injustices of the world in which they live online. It also underestimates the politicizing effect that recent revelations about way in which the internet, the medium and means in which they find out about their world is being excessively if not illegally data-mined and surveilled by vested — governmental and commercial — interests.

Assuming that the Internet, admittedly a harbinger of major shifts in the way people access information, communicate with one another, and organize, is the main cause for the supposedly declining levels of civic engagement of the younger generation is to succumb to the triple perils of technological determinism, older-generational myopia, and sloppy thinking. It also overlooks, indeed ignores, the fact that organizing online is a time-consuming, energy-draining, and expensive undertaking. This holds true even if many of the tools and applications people can draw on are offered “free” or are, arguably, relatively easy to use. Sustaining a blog, a website, a social media account, getting people to sign an e-petition, or deploying email to good effect are activities that require know-how, want-to, and wherewithal. Moreover, mounting any sort of campaign or community project in order to address a social injustice at home let alone around the world, cannot be done these days without recourse to the internet.

What has changed, like it or not, is that in Internet-dependent contexts, any sort of serious political or social form of action now has to include an online dimension, and a sustained one at that. This means that additional energies need to be devoted to developing multi-sited and multi-skilled forms of strategic thinking, deployment of human resources, and ways to make those qualities that can inspire and mobilize people to get involved work for the online environment (e.g. how to use micro-blogging idioms well), on the ground (e.g. face-to-face meetings), and in non-digital formats (e.g. in written or physical forms). It is a sign of our age that sociopolitical action needs to know how to combine age-old, pre-digital age techniques to mobilize others with those that can speak in the 24/7, mobile, and user-generated idioms of online solidarity that can engage people close to home as well as those living far away. Huge sociocultural and political power differentials aside, given that people and communities access and use the Internet in many ways at any one time around the world, the effort and commitment required of pre-Internet forms of organizing pale in comparison to those called for in an Internet age.

M.I. Franklin is Professor of Global Media and Politics, and Director of the Global Media and Transnational Communications MA Program at Goldsmiths, University of London. She is the author of Digital Dilemmas: Power, Resistance, and the Internet.