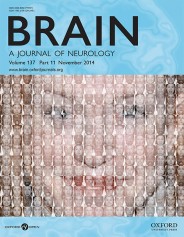 Imagine you are in class and your friend has just made a fool of the teacher. How do you feel? Although this will depend on the personalities of those involved, you might well find yourself laughing along with your classmates at the teacher’s expense. The experience of sharing an emotion with your friends (in this case the fun of getting one over on the teacher) will probably strengthen your friendship further. But in a class of one hundred students, there are likely to be one or two who have trouble understanding the joke.

The ability to infer and understand other peoples’ emotions and beliefs plays an important role in human social relationships. However, for individuals with autism spectrum disorder (ASD) — a developmental disorder that affects approximately 1% of the population and for which there is no established treatment — this can be challenging. While high-functioning individuals with ASD may be able to compensate for difficulties in inferring others’ beliefs, they often continue to have trouble understanding others’ emotions, and this leads to impaired social functioning.

Increasing evidence suggests that oxytocin — a neuropeptide that promotes social behavior and bonding in humans and in animals — can improve emotion recognition in ‘typically developing’ individuals, i.e. those without ASD. Notably, oxytocin improves the ability to infer others’ emotions more than the ability to identify their beliefs. Oxytocin has also been shown to improve social behavior in individuals with autism and to partially reverse patterns of brain dysfunction thought to be responsible for the deficits. This has led to the suggestion that oxytocin could be used to develop medications for currently untreatable psychiatric conditions characterized by social impairments.

However, studies to date have only investigated the ability of oxytocin to improve recognition of basic emotions such as fear or happiness. These differ from “social” emotions such as embarrassment and shame, which require us to represent the mental state of another. Moreover, most existing studies have provided participants with so-called “direct cues” as to others’ emotions, such as their facial expressions or tone of voice. However, these cues are not always available in real life and the ability to identify others’ emotions using only indirect cues is itself important for social functioning. We therefore decided to investigate whether oxytocin would also improve the ability of individuals with ASD to recognise social emotions, even in the absence of direct cues.

To do so, we modified a cartoon-based task called the “Sally-Anne task,” which is commonly used to test for understanding of other peoples’ false beliefs, and used MRI scans to measure brain activity in subjects with and without ASD as they performed the task. In the standard version, participants are shown a cartoon in which one protagonist (Sally) places a ball in a box and then leaves the room. In her absence, another protagonist (Anne) moves the ball to a second box to the right of the first, and Sally then returns. At the end of the story, participants are asked the following questions: “Is the ball in the left-hand box?” to test comprehension of the story, and “Does Sally look for her ball in the left-hand box?” to test for understanding of Sally’s false belief about the location of the ball. To examine participants’ ability to infer others’ emotions, we introduced a third question: “How does Anne feel when Sally opens the left-hand box?”. Given that Ann’s gain effectively depends on Sally’s loss, the emotions involved will be complex social emotions: Ann, for example, might gloat upon realizing that she has fooled Sally by moving the ball.

In order to determine whether oxytocin could improve the ability of individuals with ASD to identify others’ social emotions, we conducted a double-blind trial. We administered a single dose of either oxytocin or placebo in the form of an intranasal spray to subjects with ASD and to matched controls. As predicted, oxytocin increased the accuracy with which individuals with ASD were able to identify others’ social emotions in the absence of direct cues, and also enhanced their originally-diminished brain activity in the right anterior insula. This increase in activity was not observed in other brain regions or during attempts to understand others’ beliefs, suggesting that oxytocin acts specifically on the ability to infer social emotions.

Ultimately therefore, the results of our behavioral experiments and brain activity studies lend support to the idea that intranasal oxytocin could potentially form the basis of a treatment for at least some of the social impairments in ASD.

Dr. Hidenori Yamasue is an Associate Professor in the Department of Neuropsychiatry at The University of Tokyo, Japan. He obtained an MD at Yokohama City University, School of Medicine, in 1998, and was a resident at Tokyo Metropolitan Matsuzawa Hospital (1998–2000). Since 2000 he has been a psychiatrist and clinical researcher in the Department of Neuropsychiatry, Graduate School of Medicine, University of Tokyo, where he has been the principal investigator running multiple trials utilizing multimodal brain scans as assessment tools in ASD (2009–2013). Dr. Hidenori Yamasue’s paper, “Oxytocin improves behavioural and neural deficits in inferring others’ social emotions in autism,” with Dr. Yuta Aoki, Dr. Yamasue’s PhD student, as first author, is published in Brain.