When Edward Snowden obtained documents as an employee of Booz Allen Hamilton and made them public, the information disclosed was covered by secrecy under US law. That obligation was part of his employment contract, and such disclosure constituted a crime. 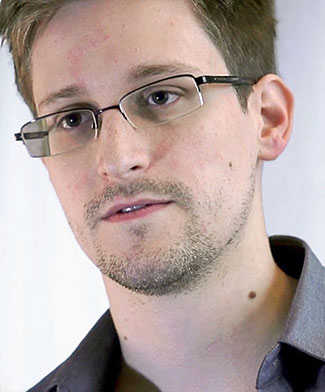 Snowden made these disclosures while in Hong Kong, and it is reported that the United States sought his extradition pursuant to the treaty it has with Hong Kong, which contains a provision for the exclusion of political offenses. This brings into question the nature of Snowden’s offence.

The Snowden case is inherently simple, and comes down to whether Snowden’s actions were politically motivated or based on social interest. There was no harm to human life, and there was no general social harm. On the contrary, it revealed abuses of secret practices that violate the constitutional right of privacy. Harm to the “national security” is not only subjective but it is also dependent upon who decides what is and what is not part of “national security.”

Almost all states allow for the purely political offense exception to apply. Those that do not, bypass the exception for political reasons. This explains why Snowden went to Russia, though the UK would have found it difficult to extradite him too. It helps to look back to the case of Julian Assange, who was sought by the United States when in the UK. When the UK could not extradite Assange because of the purely political offense exception doctrine, the United States had Sweden seek his extradition from the UK for what was a criminal investigation into a common crime (sexual assault). This is what led Assange to seek refuge in the Ecuadorian embassy.

The fact that the purely political offence exception doctrine arose with respect to the Snowden case, assuming it would be the subject of extradition proceedings, is curious to say the least. Would a government official of, say, the Comoros Islands be the subject of similar international attention for the disclosure of some secret skullduggery that the government had classified as top secret? The answer is of course no. What makes this case a cause célèbre is that it has to do with the United States, because it embarrasses the United States, and because it reveals that the government of the United States and at least one of its most important agencies (the NSA) has engaged in violations of the Constitution and laws on the protection of individual privacy. It has shown abuses of the powers by the executive branch to obtain information from private sector companies, which would not be otherwise obtainable without a proper court order. This of course is what makes the Snowden case so extraordinary since it is about a US citizen doing what he believed was right to better serve his country and whose very government was violating its constitution and laws.

M. Cherif Bassiouni is Emeritus Professor of Law at DePaul University where he taught from 1964-2012, where he was a founding member of the International Human Rights Law Institute (established in 1990), and served as President from 1990-2007, and then President Emeritus. He is also President, International Institute of Higher Studies in Criminal Sciences, Siracusa, Italy since 1989. He is the author of International Extradition: United States Law and Practice, Sixth Edition.