The Point of View of the Universe

We are constantly making decisions about what we ought to do. We have to make up our own minds, but does that mean that whatever we choose is right? Often we make decisions from a limited or biased perspective.

The nineteen century utilitarian philosopher Henry Sidgwick thought that it is possible for us to reach, by means of reasoning, an objective standpoint that is detached from our own perspective. He called it “the point of view of the universe”. We used this phrase as the title of our book, which is a defense of Sidgwick’s general approach to ethics and to utilitarianism. On one important problem we suggest a correction that we believe makes it possible to overcome a difficulty that greatly troubled him. 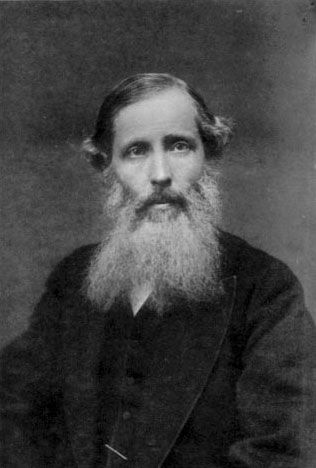 If objective moral reasoning is possible, how does it get started?  Sidgwick’s answer is, in brief, that it starts with a self-evident intuition. He does not mean by this, however, the intuitions of what he calls “common sense morality.”  To see what he does mean, we must draw a distinction between intuitions that are self-evident truths of reason, and a very different kind of intuition. This distinction will become clearer if we look at an objection to the idea of moral intuition as a source of moral truth.

Sidgwick was a contemporary of Charles Darwin, so it is not surprising that already in his time the objection was raised that an evolutionary view of the origins of our moral judgments would completely discredit them. Sidgwick denied that any theory of the origins of our capacity for making moral judgments could discredit the very idea of morality, because he thought that no matter what the origin of our moral judgments, we will still have to decide what we ought to do, and answering that question is a worthwhile enterprise.

On the other hand, he agreed that some accounts of the origins of particular moral judgments might suggest that they are unlikely to be true, and therefore discredit them. We defend this important insight, and press it further. Many of our common and widely shared moral intuitions are the outcome of evolutionary selection, but the fact that they helped our ancestors to survive and reproduce does not show them to be true.

This might be taken as a ground for skepticism about morality as a whole, but our capacity for reasoning saves morality from this skeptical critique. The ability to reason has, of course, evolved, and clearly confers evolutionary advantages on those who possess it, but it does so by making it possible for us to discover the truth about our world, and this includes the discovery of some non-natural moral truths.

Sidgwick thought that his greatest work was a failure because it concluded by accepting that both egoism and universal benevolence were rational. Yet they pointed to different conclusions about what we ought to do. We argue that the evolutionary critique of some moral intuitions can be applied to egoism, but not to universal benevolence. The principle of universal benevolence can be seen as self-evident, once we understand that our own good is, from “the point of view of the universe” of no more importance than the similar good of anyone else. This is a rational insight, not an evolved moral intuition.

In this way, we resolve the so-called “dualism of practical reason.” This leaves us  with a utilitarian reason for action that can be presented in the form of a utilitarian principle: we ought to maximize the good generally.

What  is this good thing that we should maximize? Is my having a positive attitude towards something enough to make bringing it about good for me? Preference utilitarians have argued that it is, and one of us has, for many years, been well-known as a representative of that view.

Sidgwick, however, rejected such theories, arguing that the good must be, not what I actually desire but what I would desire if I were thinking rationally. He then develops the view that the only things that it is rational to desire for themselves are desirable mental states, or pleasure, and the absence of pain.

For those who hold that practical reasoning must start from desires, it is hard to understand the idea of what it would be rational to desire – or at least, that idea can be understood only in relation to other desires that the agent may have, so as to produce a greater harmony of desire.

This leads to a desire-based theory of the good.

One of us, for many years, became well-known as a defender of one such desire-based theory, namely preference utilitarianism. But if reason can take us to a more universal perspective, then we can understand the claim that it would be rational for us to desire some goods, even if we have no present desire for them. On that basis, it becomes more plausible to argue for the view that the good consists in having certain mental states, rather than in the satisfaction of desires or preferences.

Katarzyna de Lazari-Radek is a Polish utilitarian philosopher, working as an assistant professor at the Institute of Philosophy at the University of Lodz. Peter Singer is Ira W. DeCamp Professor of Bioethics at Princeton University, and a Laureate Professor at the Centre for Applied Philosophy and Public Ethics at the University of Melbourne; in 2005 Time magazine named him one of the 100 most influential people in the world. Katarzyna de Lazari-Radek and Peter Singer are authors of The Point of View of the Universe.