When parents sign up kids for music lessons, probably first on the list of anticipated outcomes is that their youngsters’ lives will be enhanced and enriched by their involvement with music, possibly even leading to a lifelong love of music, whether the youngsters become performers (pro or amateur), teachers, or simply enthusiastic listeners, concert-goers, and music downloaders. Another perk that many parents may be counting on is the joy that they imagine they’ll feel while watching sons and daughters perform, whether at rough-edged but enthusiastic elementary school concerts or, later on, at more polished teen presentations. The soft glow of parental pride can help make the hard work of raising musical youngsters seem worthwhile, from the expense of music lessons to all the encouraging (and sometimes nagging) that’s required to nudge kids to practice, get to rehearsals on time, and not forget to bring their sheet music to all-county tryouts. 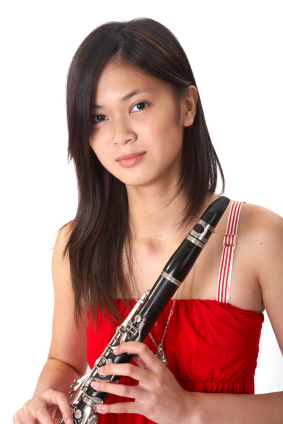 However, there can also be some pleasant surprises that a music parent may never have imagined would occur, according to parents I interviewed on the ups and downs of music parenting.

A broadening of musical horizons: It has “opened up a vast new world of music for us…. styles and composers that we weren’t [familiar with] before,” says Peter Maloney, father of two youngsters who take lessons in multiple instruments at a New Jersey community music school. “Our lives include so much music every day — the most wonderful experiences imaginable.” Jackie Yarmo, whose kids studied at a New Jersey School of Rock, agrees, “Our kids bring new music into the house that we haven’t heard and end up loving.”

A rekindled flame — or a new venture: Several parents pulled out old instrument cases they hadn’t opened in years and began practicing again. Or they sat down at the family piano and began picking out tunes they used to play before quitting lessons years earlier. Others joined a community choir — all because they saw how much fun their kids were having making music. “I hadn’t played my horn for almost twenty years,” says Kristin Bond, a Maine mom who bravely joined an ensemble at her church. “I started again, really awful at first, but it was good for my girls to see adults performing, some proficient and others less so. They see there’s a place for every level of ability to enjoy music.” Massachusetts mom Heather MacShane adds, “My daughter, who plays flute, convinced me to start flute lessons. I love it.”

A hedge against the dreaded empty-nest syndrome: “I knew I’d have an empty nest soon. I’ve been getting a running start preparing for it,” says Thanh Huynh. She began piano lessons again when her daughters were teenagers, hoping to become good enough in a few years to join a jazz ensemble at the Baltimore medical center where she was working. Cindy Buhse, who began playing viola again when her violist daughter was in middle school, joined a Missouri community orchestra when her daughter headed off to college, using an old viola her daughter left behind. “I go to orchestra once a week and have a good time,” she says. “It definitely helps with the empty nest.”

A way to connect: “Music can be a way to understand your child at times when they may otherwise be uncommunicative. I can tell when my teenager is unhappy by what she plays when she may not want to talk about it,” notes Ms. Yarmo. Kyle Todd, a Massachusetts father of two young adults who are pursuing nonmusical careers, says that music still remains “something that we hold in common. It continues to provide us with activities for shared experiences.”

Kids can also experience unexpected, positive benefits from immersing themselves in music, including some that are nonmusical in nature. More on that later.

Amy Nathan is an award-winning author of several books on music including The Music Parents’ Survival Guide: A Parent-to-Parent Conversation, and two earlier books for young people, The Young Musician’s Survival Guide: Tips From Teens and Pros, and Meet the Musicians: From Prodigy (or Not) to Pro. A Harvard graduate with master’s degrees from the Harvard Graduate School of Education and Columbia’s Teacher’s College, she is the mother of two musical sons: one a composer and the other a saxophone-playing political science graduate student. Read her previous OUPblog post.