First it was football, now its politics. The transfer window seems to have opened and all the main political parties have recruited hard-hitting spin-doctors — or should I say ‘election gurus’ — in the hope of transforming their performance in the 2015 General Election. While some bemoan the influence of foreign hands on British politics and others ask why we aren’t producing our own world-class spin-doctors I can’t help but feel that the future of British politics looks bleak. The future is likely to be dominated by too much shouting, not enough listening.

Dante is a fifteen-year old African-American teenager with a big Afro hairstyle. He looks into the camera and with a timid voice tells the viewer ‘Bill de Blasio will be a Mayor for every New Yorker, no matter where they live or what they look like – and I’d say that even if he weren’t my dad’. This was the advert that transformed Bill de Blasio from a long-shot into a hot-shot and ultimately propelled him into office as the 109th and current Mayor of New York. De Blasio also benefitted from a well-timed sexting scandal and an electorate ready for change but there can be no doubting that the advert in which his son, Dante de Blasio, featured was a game changer. Time Magazine described it as “The Ad That Won the New York Mayor’s Race”, the Washington Post named it ‘Political Advert of 2013’ — “No single ad had a bigger impact on a race than this one”. 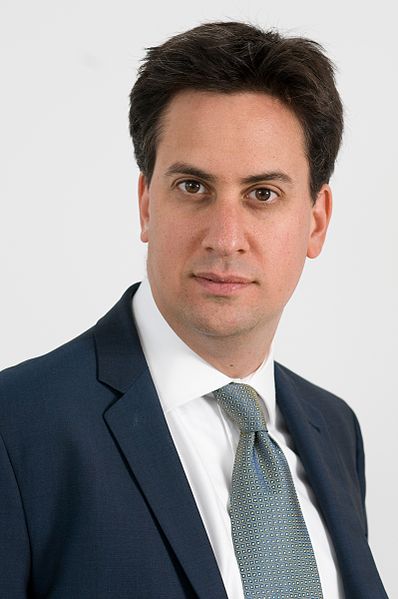 Such evidence of ‘poll propulsion’, ‘soft power’ and ‘data optimization’ has not gone without notice on this side of the Atlantic and a whole new wave of election gurus have been recruited to help each of the main three political parties (Nigel Farage, of course, would never recruit such blatant overseas talent, ahem). The Liberal Democrats have recruited Ryan Coetzee who played a leading role significantly increasing the Democratic Alliance’s share of the vote in South Africa. The Conservatives have appointed the Australian Lynton Crosby with his forensic focus on ‘touchstone issues’, while last month the Labour Party revealed they had hired one of President Obama’s key strategists, David Axelrod, to craft a sharp political message and re-brand Ed Miliband.

It was David Axelrod’s former Chicago firm — ‘AKPD Message and Media’ — that had made the Dante advert for Bill de Blasio.

Of course, such spin-doctors, advisers, and consultants have always and will always exist in politics. The existence of new forms of off-line and on-line communication demands that political parties constantly explore new techniques and opportunities to improve their standing but I cannot help feel that with the recruitment of such powerful electoral strategists we risk losing touch with what politics is really about. We risk widening the worrying gap that already exists between the governors and the governed. ‘Resilience’, it would appear, seems to be the buzzword of modern party politics as a General Election approaches. It is about who can promote a powerful narrative and deliver an aggressive onslaught; it is about a form of ‘attack politics’ in which a willingness to listen or compromise is derided as weakness, and weakness cannot be tolerated; it is a form of politics in which family and friends become political tools to be deployed in shrewd, cunning and carefully crafted ways.

But does turning to the masters of machine politics from Australia and America bring with it the risk that the campaign will become too polished, too professional, too perfect?

David Axelrod’s role in relation to Ed Miliband provides a case in point. Apparently opinion polls suggest that poor Ed is viewed as too ‘nerdy’ and more than a little bit ‘weird’. The strategists suggest that this ‘image problem’ is a weakness that must be addressed through a process of re-branding. The danger, of course, of course is that by knocking-off all Ed’s quirks and peculiarities you actually end up with just another production line professional politician. Personally, I quite like politicians that are a bit different, even weird. Isn’t that why people find Boris Johnson and Nigel Farage so annoyingly refreshing?

A really smart election strategist might dare to think a little differently; to turn the political world upside-down by focusing not on who can shout the loudest for the longest but on the art of listening. As Andrew Dobson’s brilliant new book — Listening for Democracy — underlines the art of good listening has become almost completely ignored in modern politics despite being prized in daily conversation. Were any of the foreign election gurus employed for their listening skills? No. And that’s the problem. That’s why the future feels so bleak.

Public Understanding of Politics at the University of Sheffield and also Visiting Distinguished Professor in Governance and Public Policy at Murdoch University, Western Australia. He is the author of Defending Politics (2012).

The death of democracy in Stump City