Fifteen years ago, 20 April 1999, it happened in my community… at my son’s school. Two heavily armed seniors launched a deadly attack on fellow students, teachers, and staff at Columbine High School in Jefferson County, Colorado.

As the event played out live on broadcast TV, millions around the globe watched in horror as emergency responders evacuated survivors and transported the wounded. At first, a quiet sort of disbelief mixed with shock and anguish descended upon us. Hours later, when the final tally was released – 15 dead, 26 injured – the reality of the tragedy brought the entire community to its knees.

The Columbine shootings became a benchmark event for school violence in the United States. I thought surely this was the turning point; nothing like this would ever happen again. Yet, barely a month later, Conyers, Georgia was added to the list of communities devastated by a shooting. At an alarming rate more towns and neighborhoods join the list, which now includes shootings in theaters, youth camps, shopping malls, and churches. 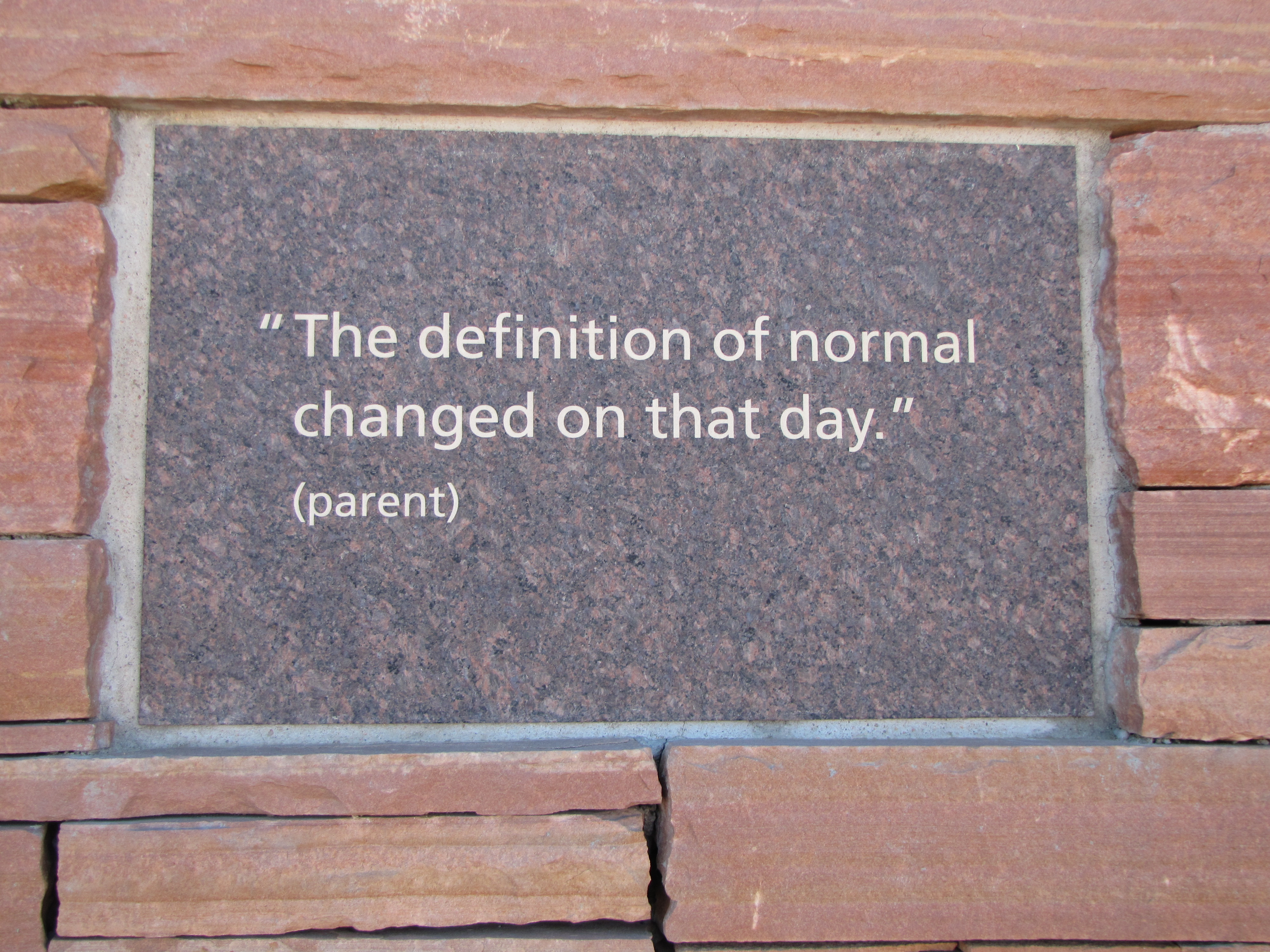 In 1999, trauma counseling primarily addressed PTSD (post-traumatic stress disorder) among veterans and victims of domestic violence, abuse, or sexual assault. Few strategies addressed wholesale community trauma. Even less was available to help parents manage the day-to-day challenges of parenting traumatized teens or to advise traumatized educators on teaching students who had witnessed murder in their own school. My response to the situation was to learn as much as I could about what helps people recover from the crushing shock and grief that follows catastrophe, which led me to doctoral research and a continuing focus on trauma as a human experience.

Mass shootings like at Columbine, Sandy Hook, and Utøya, Norway are only one type of trauma we may face. Life has risk, and even the best planning doesn’t ensure invulnerability. Random events happen… accidents, sudden death of a loved one, natural disaster, assault; the list seems endless. Thankfully, effective approaches for promoting recovery are becoming more widely known.

Whenever a tragic event grabs headlines and non-stop media coverage, generous offers support and resources start flooding in. For personal traumas, the situation is different; survivors often suffer in silence as they try to find a way to a livable future alone. 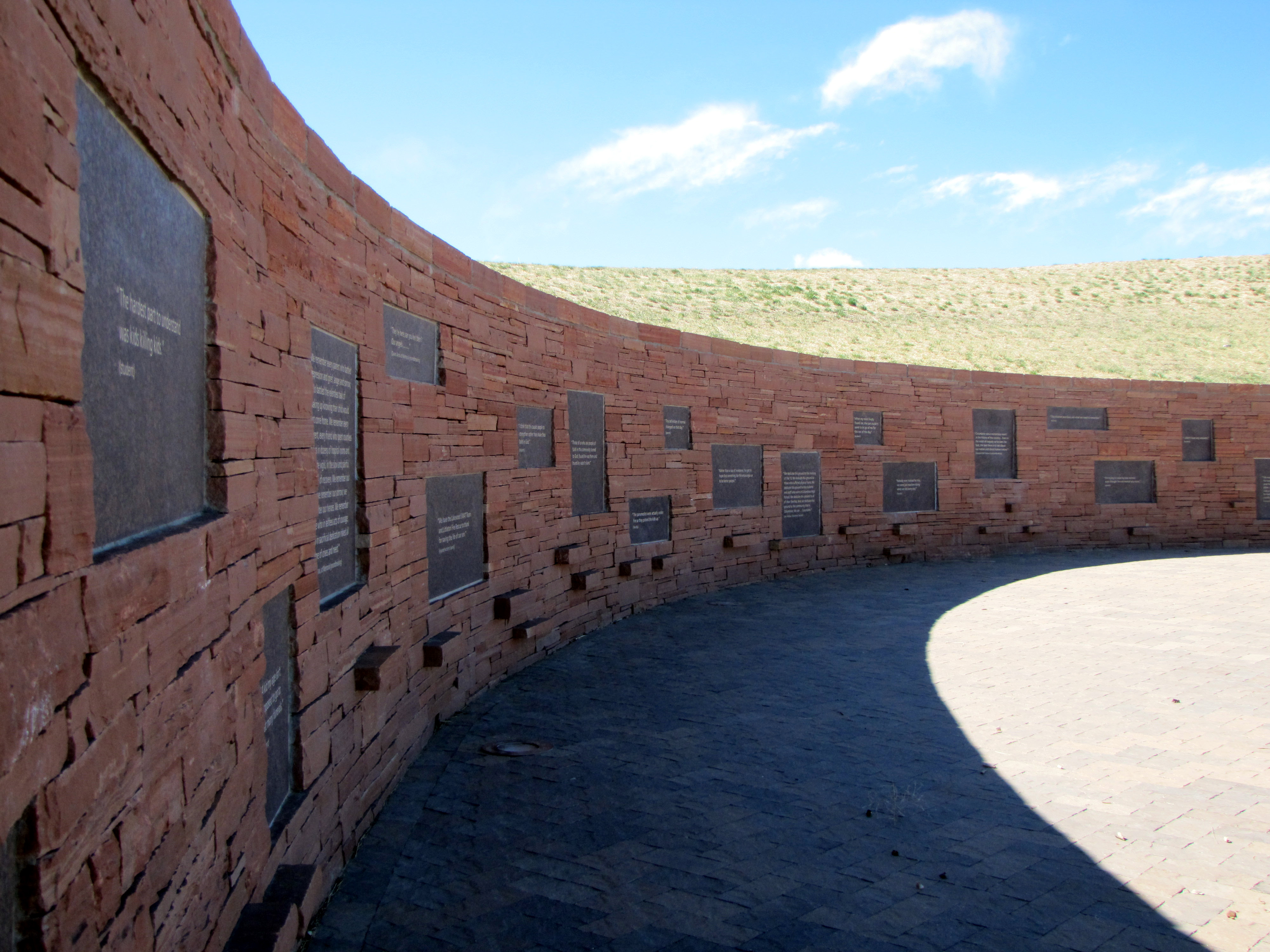 Research that offers insight into trauma’s effects can help us better understand the challenges people face. Efforts to promote public awareness of trauma and recovery offer a genuine benefit. Many are unaware that trauma is a natural human condition, a biologic response to an experience in which the victim feels powerless and overwhelmed in the face of life-threatening or life-changing circumstance.

The human brain is charged with survival, and traumatic response is its attempt to learn from a threatening situation in order to survive threat in the future. Humans try to make sense of their world, and when everything turns to chaos, the brain struggles to learn to identify future risks and to regain a feeling of competence and comfort in the everyday. Behaviors associated with traumatic stress include hypervigilence; extreme sensitivity to smells, sights, and sounds connected to the event; flashbacks; anxiety; anger; depression; and memory problems.

The good news is that even in the face of such challenge, people can successfully integrate their trauma-experience into their own personal history and reclaim their life with a renewed sense of purpose. Victims and their families find that this process takes time and sensitivity. For some, caring friends, family, clergy, and social resources are enough. Others, not everyone, may develop clinical PTSD that best responds to professional counseling. Unfortunately, some may try to “just forget about it” and “get back to the way things used to be,” thereby short-circuiting the process of real recovery. Unresolved trauma can take a high toll on relationships and quality of life. 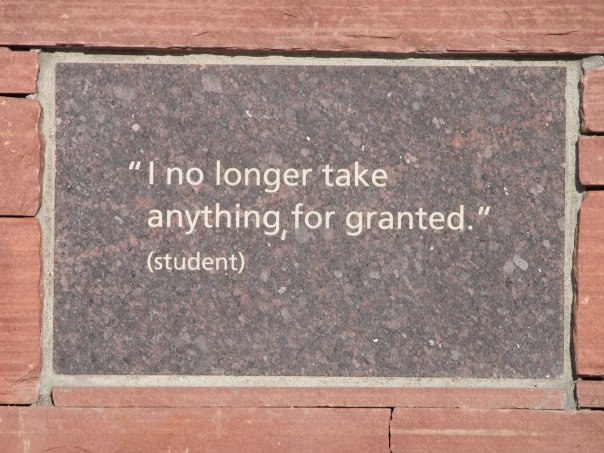 Trauma’s effect on our lives, as individuals and as communities, may be more widespread than commonly realized. It isn’t a problem faced only by the military; it is not uncommon among civilians. Estimates are that in the United States about 6 out of every 10 men (60%) and 5 of every 10 women (50%) experience at least one traumatic event in their life. For men, it is likely an accident, physical assault, combat, disaster, or witnessing death or injury. For women, the risk is more likely domestic violence, sexual assault, or abuse. A 2004 study reported by the National Child Traumatic Stress Network found that over 50% of children had experienced a traumatic event.

A sense of shame and perceived stigma from needing psychological counseling may keep people from seeking help. Perhaps with education to increase understanding of trauma, more will realize that traumatic response is not a sign of weakness or defect. Instead, it can be a sign of a healthy, normal attempt to reclaim a sense of well-being and safety.

Life after tragedy can bring a deeper sense of purpose and heightened appreciation for living. A former Columbine student I had first interviewed for Reclaiming School in the Aftermath of Trauma: Advice Based on Experience and again later for another study said,

I used to think I was a totally different person after Columbine. That there is no way I could have emerged without being radically altered. And trust me, I was. But what I realize now is that at my core, at my very center, there continues the essence of who I was before, and maybe more importantly, who I was meant to be.

Outcomes such as this are possible. People are slowly recognizing trauma as a critical health issue, not only in the United States but worldwide. Public dialogue can reduce the stigma and isolation felt in trauma’s aftermath. Increased recognition of the occurrence of trauma among civilians and the military, combined with greater awareness of trauma as a natural response, can make a profound difference in the lives of millions. That’s a goal that deserves attention.

Carolyn Lunsford Mears, Ph.D., is a founder of Sandy Hook-Columbine Cooperative, a non-profit foundation dedicated to trauma recovery and resilient communities. She is an award-winning author, speaker, and researcher. She is the author of “A Columbine Study: Giving Voice, Hearing Meaning.” (available to read for free for a limited time) in the Oral History Review. Her 2012 anthology, Reclaiming School in the Aftermath of Trauma, won a prestigious Colorado Book of the Year Award, given by the Colorado affiliate of the National Endowment for the Humanities. She is a Fellow of the Royal Society of the Arts, alliance member of the National Centre for Therapeutic Care, Fellow of the Planned Environment Therapy Trust, and Board of Directors member for the I Love You Guys Foundation, and adjunct faculty at the University of Denver.

The Oral History Review, published by the Oral History Association, is the U.S. journal of record for the theory and practice of oral history. Its primary mission is to explore the nature and significance of oral history and advance understanding of the field among scholars, educators, practitioners, and the general public. Follow them on Twitter at @oralhistreview, like them on Facebook, add them to your circles on Google Plus, follow them on Tumblr, listen to them on Soundcloud, or follow the latest OUPblog posts via email or RSS to preview, learn, connect, discover, and study oral history.