Hip hop has influenced a generation of poets coming to prominence, poets I call “The Inheritors of Hip Hop.” Signaling how the music serves as a shared experience and inspiration, they  mention performers and songs as well as anecdotes from the genre’s development and the artists’ lives, while epigraphs and titles quote songs. The influence of hip hop can be heard in the work of many poets including (but certainly not limited to): Kevin Coval, Erica Dawson, LaTasha N. Nevada Diggs, Matthew Dickman, Major Jackson, Terrance Hayes, Dorothea Lasky, John Murillo, Eugene Ostashevsky, D.A. Powell, Roger Reeves, and Michael Robbins. 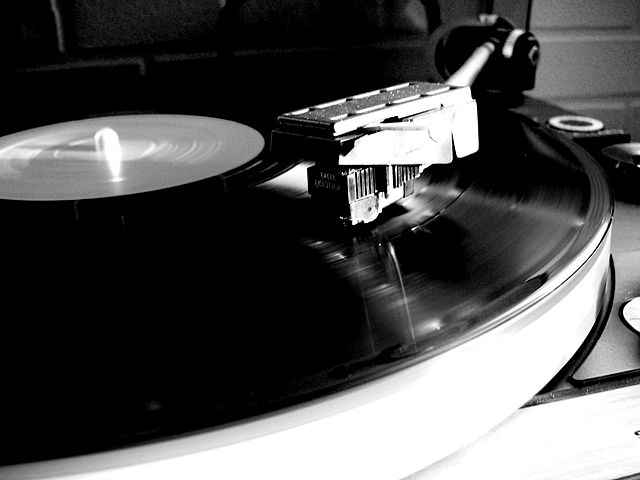 In no particular order, here are my five favorite hip hop references in poetry:

(1)   Kevin Young, “Expecting”
To capture the experience of first hearing his child’s heartbeat during a sonogram exam, Young develops a wildly inventive simile followed by metaphors borrowed from hip hop:

And there
it is: faint, an echo, faster and further

away than mother’s, all beat box
and fuzzy feedback. You are like hearing
hip-hop for the first time–power

from a passing car. You’ve snuck
into the club underage and stayed!

Whether red birds sit and sing from rooftops

Or rappers cypher deep into the night,
The gun-in-your-mouth talk of a ransomed
God, nature is a lapse in city life.

(3)   Harryette Mullen, “Dim Lady”
Hip hop is nearly everywhere in Mullen’s earlier collection, Muse and Drudge, but my single favorite reference in her work to hip hop appears in “Dim Lady,” collected in Sleeping with the Dictionary. The prose poem rewrites and updates Shakespeare’s Sonnet 130. In the place of Shakespeare’s lines, “I love to hear her speak, yet well I know / That music hath a far more pleasing sound,” Mullen offers, “I love to hear her rap, yet I’m aware that Muzak has a hipper beat.” (The poem’s ending always makes me laugh, “And yet, by gosh, my scrumptious Twinkie has as much sex appeal for me as any lanky model or platinum movie idol who’s hyped beyond belief.”

(4)   A. Van Jordan, “R&B”
A subgenre of poems about hip hop criticizes the music. A rare exception to the ignorance such work typically show (see, for instance, Tony Hoagland’s “Rap Music”), “R & B” offers a well-informed, thoughtful critique. “Listen long enough to the radio, and you’ll think / maybe C. Dolores Tucker was right,” the poem opens and an endnote reminds readers of Tucker’s significant contributions to the black civil rights movement.

(5)   Michael Cirelli, “Dead Ass”
“I am not afraid of dope lyrics,” Michael Cirelli writes in “Dead Ass.” Several poems in Lobster with Ol’ Dirty Bastard retell moments from hip hop history. To describe teens grooving to the music, “Dead Ass” borrows from Oakland slang, “hyphy,” meaning “crazy” in a good sense, “hyphy / music makes their bodies dip up and down / like oil drills.” (My favorite line in the book, though, describes eighties pop, not hip hop, “We danced incestuously to Michael and Janet that night.”)

(6)   Adrien Matejka, “Wheels of Steel”
“I got me two songs instead of eyes,” the poem opens then swaggering quotes five songs in twenty-seven lines.

How you’ve lived saying nothing
save the same words each day
is a kind of freedom or beauty.
Please, tell me I’m not lying to us.

David Caplan is Charles M. Weis Chair in English and Associate Director of Creative Writing at Ohio Wesleyan University. He is the author of Rhyme’s Challenge: Hip Hop, Poetry, and Contemporary Rhyming Culture. His previous books include Questions of Possibility: Contemporary Poetry and Poetic Form and the poetry collection In the World He Created According to His Will.