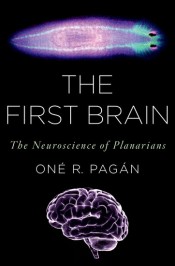 The earth is filled with many types of worms, and the term “planarian” can represent a variety of worms within this diverse bunch of organisms. The slideshow below highlights fun facts about planarians from Oné Pagán’s book, The First Brain: The Neuroscience of Planarians, and provides a glimpse of why scientists like Pagán study these fascinating creatures.

Images: The first five photos in this slideshow have been used courtesy of Dr. Masaharu Kawakatsu. Photo six is copyrighted (2003) by the National Academy of Sciences, USA and has been used with permission.

Oné R. Pagán is a Professor of Biology at West Chester University of Pennsylvania, and the author of The First Brain: The Neuroscience of Planarians.

What can neuroscience tell us about the mind of a serial killer?