If you are reading this blog then you’ve obviously survived ‘Blue Monday’. That is, the day in the third week of January when suicide levels tend to peak and demands for counseling rocket as a result of post-Christmas debt, dashed New Year resolutions, and the inevitable sense that this year is actually unlikely to be much different to the last. The recent publication by the coalition government, ‘Priorities for Essential Change in Mental Health’, underlines the fact that mental health is likely to become the defining problem of the twenty-first century. But what does the politics of mental health – and particularly the mental health of our politicians – tell us about the state of our society?

It is estimated that approximately 450 million people worldwide have a mental health problem. Nearly 60 million Americans suffer from some form of mental illness and, in the UK, the Office for National Statistics estimates that one in four British adults experience at least one diagnosable mental health problem in any one year. This might range from anxiety and depression to more extreme forms of psychosis or schizophrenia but whatever the condition, mental illness is scary, painful and exhausting. It’s also woefully under-funded. ‘There is a substantial gap’ the opening line of the latest version of the World Health Authority’s Mental Health Atlas states ‘between the burden caused by mental disorders and the resources available to prevent and treat them’. Even today only one penny is spent on mental health for every pound spent by the NHS and mental health services seem to have borne the brunt of the ‘age of austerity’.

But what makes the experience of mental health arguably far worse is the social stigma and almost ridicule that often accompanies even the merest hint of a mental health condition. Those lucky enough to have supportive friends and family will generally find that recovery is not only possible but that the whole experience may also have unexpected positive side effects in the sense that experiencing the lows of life can add new vitality, colour and understanding to even the simplest things. Sunbathing in the Rain by Gwyneth Lewis is undoubtedly one of the best books I’ve ever read. But those who lack supportive families, friends or lots of money frequently find themselves shunted between a bewildering range of services and the decline into unemployment, homelessness or worse can be rapid. 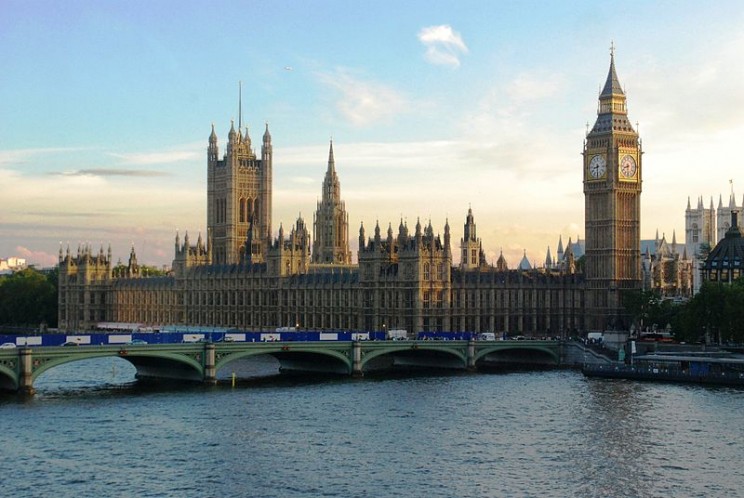 But what about those individuals whose roles in society are seemingly designed to undermine their mental health? The work-life variables associated with mental breakdown are relatively clear from the rich seam of literature in the field of organizational psychology – high-stress and unrealistic expectations, divided and incompatible loyalties, a high-blame low-trust work environment, living away from home, long hours, an adversarial atmosphere, unpredictable hours, precarious employment, low levels of public regard, etc. – and in many ways the role of a modern politician ticks every one of these boxes. Therefore, it is not surprising that stress levels among politicians tend to be incredibly high. The life of an MP is frequently associated with poor-decision making, ruined health, family break-up, and the occasional bizarre walk upon Clapham Common. For those MPs with young children, ministerial duties and constituencies many miles from London the pressure can be intense – even brutal.

And yet how MPs manage their mental wellbeing and cope with the pressures of their profession remains a largely hidden topic. This is reflected in the manner in which periods of poor mental health are generally admitted only in the past tense in memoirs and autobiographies. John Biffen, a Cabinet Minister under Margaret Thatcher, suffered from debilitating depression for most of his career but this fact was only recently revealed six years after his death in his posthumous autobiography  – Semi-Detached.  More recently, Jack Straw, the former Foreign Secretary, has written of his secret battle with depression but – as Alastair Campbell has explained – it remains incredibly difficult for a British politician to stand-up and admit to being human.

But it’s not only the adversarial culture of Westminster and Whitehall that explains this reluctance to speak out; the public understanding of mental health issues remains very poor and the dominant narrative, perpetuated by the media, is that ‘Mad=Bad’.

The 14 June 2012 is therefore likely to go down as a significant moment in parliamentary history as a number of MPs used a debate on mental health in the House of Commons to discuss their own psychological problems. Charles Walker MP described himself as a ‘practicing fruitcake’ while outlining a battle he has been fighting with Obsessive Compulsive Disorder for more than three decades, Kevan Jones MP admitted to having suffered from bouts of depression, and two female MPs (Sarah Woolaston and Andrea Leadsom) also discussed their experience of post-natal depression. If we add Jack Straw and the Labour MP John Woodcock, who last December admitted to suffering from depression, this makes a grand total of six out of 650 MPs who have acknowledged their own mental health challenges.

In reality, the available data on mental health, in stressful occupations in particular, would suggest that a far higher number of MPs will actually have experienced (or be experiencing) some form of mental disorder. Obviously, it is up to the individual to decide on the boundaries between their private life and public duty – but what’s really interesting is that we actually know very little about the mental health of our politicians. David Owen has written about ‘the hubris syndrome’ and the poor decisions made by those intoxicated with power but for most politicians politics is – if we are honest – generally quite dull. It is often just the ‘slow boring of hard wood’.

There are, however, signs of progress. In 2007, Section 141 of the Mental Health Act – whereby MPs who were incapacitated through mental illness could be automatically removed from the House of Commons after six months – was considered and then retained by parliament. This example of institutionalized intolerance and inequality was repealed in February last year with the passing of the Mental Health (Discrimination) Act 2013. More recently still, a small budget has been agreed within the Palace of Westminster to cover the costs of counseling for MPs that are understandably reluctant to seek help within their constituency.

Even so, the stigma surrounding mental health remains acute in Parliament. The hook, twist, or barb in this argument is that recent surveys suggest that significant sections of the public would not vote for a political candidate that admitted to previously suffering from mental health problems. And yet at the very same time the public constantly demand that they want MPs to be ‘normal’ people – an adjective generally followed by the phrase ‘like you and me’ – but normal people suffer from mental health problems. The tension is obvious and as a result the secrecy and stigma surrounding mental health continues. It’s mad politics at its worst.

at the University of Sheffield and Visiting Distinguished Professor in Governance and Public Policy at Murdoch University, Western Australia. He is the author of Defending Politics (2012). He has suffered from depression throughout his adult life but generally manages to keep his black dog on a fairly tight leash.