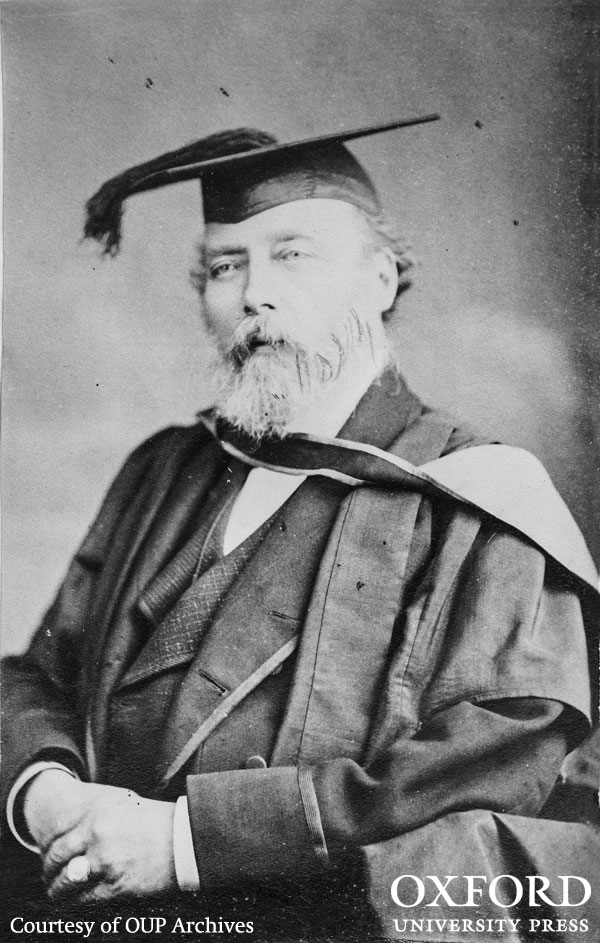 In 1901 it was calculated that Oxford University Press took in more than twice the tonnage of material that it sent out, much of the difference being accounted for by coal and machinery. The efficiency of coal was not a new concern in the printing industry. In 1880, Edward Pickard Hall, then responsible for printing Bibles at the Press, had compiled a list of the ‘Evaporative power of Different Coals’ in a notebook and had concluded that ‘Nixon’s Steam Navigation’ at 13.45 was distinctly more efficient than ‘Wyekam’ coal at 11.42. On the following page the wear and tear on printing machines — ‘including Engine, Shafting, &c.’ — had been calculated. The ‘Large Scotch Platens’ cost 14s a week, while the Rich platens cost 10s a week. Large and small cylinder machines were much cheaper at 4s and 2s a week respectively.

Any industry dependent on engines driven by coal could not avoid the consequences of processes described by that branch of physics which emerged in the nineteenth century and dealt with heat and work: thermodynamics. And what thermodynamics taught was that no process involving the use of an engine (or any form of exchange of energy) was ever one hundred per cent efficient: energy was lost or, rather, became unavailable to do useful work. Using a hydraulic image beloved of physicists at the time, energy flowed down a slope and ended up a lake which was too low to allow further flow. The ineluctable expansion of this lake was a measure of the growing entropy in the universe. As the Oxford author Balfour Stewart observed, commenting on Thomson’s work:

He has shewn that when mechanical energy is transmuted into heat by friction or otherwise there is always a degradation in the form of the energy; and inasmuch as this heat cannot be entirely converted back again into work from its diffusive nature, the final result of continually converting mechanical motion into heat will be that the amount of mechanical motion obtainable from the system will be always growing less, until ultimately all the energy has taken the unavailable form of equally diffused heat. 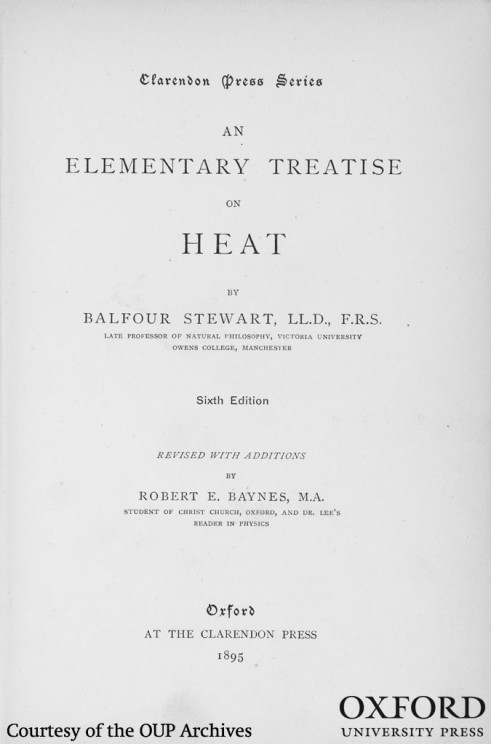 This was the ‘heat death’ of the Universe which H.G. Wells was to describe in The Time Machine (1895). The very OUP machines that were inefficiently using up energy were sometimes employed to print books that made the whole process vividly clear. There was Robert Edward Baynes’s Lessons on Thermodynamics published in the Clarendon Press Series in 1878, and Practical Work in Heat for Use in Schools and Colleges by Walter George Woollcombe published in the CPS in 1893. Most impressive of all was one of the first titles that emerged in the Clarendon Press Series: An Elementary Treatise on Heat by Balfour Stewart ‘Superintendent of the Kew Observatory and at Examiner at the Universities of Edinburgh and London’, first published in 1866. This went through no fewer than six editions — each adding further pages to the text — in the following 22 years: the second in 1871, the third in 1876, the fourth in 1881, and the fifth in 1888. A sixth edition, revised by R. E. Baynes, emerged in 1895.

The subject was even explored in the OUP’s night school, where the Revd. Spencer offered a lecture on ‘the properties, power etc of steam’ which was illustrated ‘by a small engine, the air-gun, & by diagrams’. Despite the audio-visual aids, Spencer’s lecture was clearly hard going: ‘The many long words & hard names, tho’ admirably explained by the lively lecturer, will, it is feared, not make a very lasting impression on the obtuse minds of some of his hearers’.