Without a whistle or a bang from a starter’s gun, the 2015 general election campaign is now well under way. Labour’s proposed freeze on energy prices marks a first tentative attempt to seize the pre-election agenda, while the Chancellor’s autumn statement next month looks set to respond by including measures aimed at cutting the cost of living.

Although Russell Brand’s recent interview with Jeremy Paxman is unlikely to be remembered as a ‘classic’ political interview that redefined a debate, or shaped a career, it did draw attention to the fact that the British public is becoming increasingly disengaged with politics. The 2013 ‘British Social Attitudes Survey’ revealed that only a small majority of the public now turns out to vote, and fewer than ever before identify with a political party. The United Kingdom is by no means unique in terms of the relationship between the governors and the governed. A quick glance at the titles of recent books on this topic — Why We Hate Politics (Colin Hay), The Life and Death of Democracy (John Keane), Don’t vote, it just encourages the b**tards (P.J. O’Rourke) — reflects the fact that ‘disaffected democrats’ appear to exist in every part of the world. But what is to be done?

There are, as Bernard Crick emphasised in his classic In Defence of Politics (1962), no simple answers to complex questions. Yet, in the intervening half-century since Crick’s classic book was published, public attitudes to political institutions, political processes, and politicians have become increasingly negative. Today three-quarters of the public feel the political system is not working for them, younger people are less likely to identify with a political party, less likely to believe it a civic duty to vote, and are less likely to have engaged in any conventional political activities. Recent research suggests that only 12% of those aged 18-25 will definitely vote in 2015. The other 88% are seemingly unsure whether it is worth voting at all.

In this context Russell Brand’s arguments appear slightly more sophisticated than some of his critics might have appreciated. The comedian’s position was not that people should not vote but that it was rational for people not to express their democratic right when there was no real choice between the main parties. To do otherwise was simply to participate in a sham that actually gnawed away at the health of democratic politics. The problem with this argument is that it polarises the debate around a set of rather crude options: ‘Vote!’ versus ‘Don’t Vote’, the ‘engaged’ versus ‘the disengaged’, ‘politicians’ versus ‘comedians’. Ok, so I made the last bit up but you know what I mean.

Surely the real question is how to make voting matter? For some people this might involve the reform of the electoral system, or compulsory voting, and these ideas merit consideration (although in Australia, where voting is compulsory, levels of public trust in politics make the United Kingdom look positively healthy). However, a simpler and more effective reform would be the addition of a ‘None of the Above’ option on all ballot papers. In this way citizens could make a formal and recognised contribution to the electoral results without having to demonstrate their frustration through spoiling their ballot paper or simply not bothering to vote. The danger is that the ‘None of the Above’ option might actually win quite a few elections! 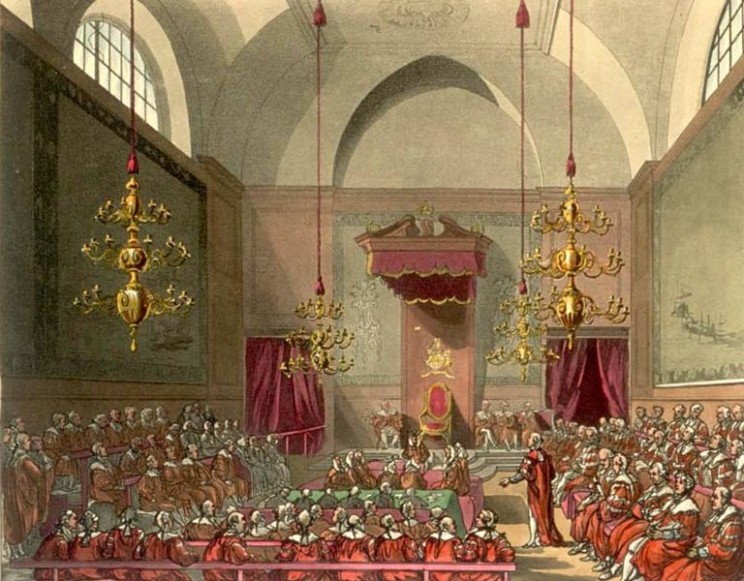 A more radical option involves the introduction of time limits for MPs. Let us say – for the sake of argument – a maximum of two or three terms after which the individual would have to leave Parliament and serve the same period ‘in the real world’ before being eligible to stand for re-election. Introducing a term-limit would at least end the current system – the political equivalent of ‘bed blocking’ – by shaking-up the notion of ‘safe seats’. It would give more chances to more people, and would offer a balance between stability and fresh thinking. It would also make voting a far more significant political act. Although I am no ‘Mystic Meg’ my guess is that our current MPs will hate this idea. Protestations and all manner of reasons not to open-up a debate on this matter will inevitably pour forth but my interest lies not with the current generation of politicians but with the future.

An even more radical option involves engaging with the public to solve the pressing political issues. Take reform of the House of Lords for example. How many public consultations, Royal Commissions, and parliamentary inquiries can one issue consume before someone admits that a more radical approach is needed? This might involve the creation of a Citizens’ Assembly on the Second Chamber modelled on British Columbia’s Citizens’ Assembly on Electoral Reform. A broad selection of members of the public drawn from all across the United Kingdom and in a way that broadly reflects society at large (let us say 200 people) would become members of the Assembly. Once selected, the Assembly would work through three main phases. In the first educational phase, all the members would be brought together for a number of lectures and seminars about the role of second chambers and their composition. In the second stage, the focus would be on community engagement as the Assembly Members went back to their localities to organise and lead a number of community discussion groups, with the aim being to gauge the views of the public at large. The final stage focuses on decisions. After debating the various options on the basis of an informed understanding of the topic, and presenting a cross section of views drawn from their community engagement, the Assembly must come to a final recommendation to offer the public.

The campaign could start right here, right now with this blog: the Campaign for a Citizen’s Assembly on Lords Reform. For the canny politician with fixed-elections in mind, this idea has the twin attraction of making them appear a dynamic democrat while also kicking the issue of Lords Reform into the long grass for the length of the 2015-2020 Parliament. Establish the Citizens’ Assembly in 2015 (or 2016 by the time the post-election dust has settled), with the requirement to announce its final recommendation by the end of 2018, add a year to ensure a thorough public information campaign, and then a public referendum on the Assembly’s recommendation can be held in conjunction with the May 2020 General Election. Perfect.

I can already hear the naysayers denying the public’s capacity to deal with such complex issues, or denying that an Assembly could ever come to a clear single recommendation, but international experience leads me to a different conclusion.

the University of Sheffield. His next project for the BBC – ‘When Politics and Comedy Collides’ – will be broadcast on BBC Radio 4 on 21 December 2013. Author of Defending Politics (2012), you can follow Matthew Flinders on Twitter @PoliticalSpike and read more of his articles on the OUPblog.