Look at the array of film frames above – where do you find your gaze lingers the longest?

If we were to measure looking time (for instance, with an eye-tracking device), we would probably find that most people would scan all the pictures, but focus mostly on the frames with the faces. Even though the exterior shots and full-figure frames are more complex and colorful, our gaze would tend to fix on the faces.

What makes the human face so compelling?

Even newborns are drawn to faces. In a classic study by Robert Fantz, young infants stared twice as long at a black-and-white simplified human face than black-and-white concentric circles. Even though a bull’s-eye target is eye-catching, babies spent twice as much time gazing at a simplified face.

The vision of the newborn is sharpest at about 8 inches away—perfect for gazing at a caregiver’s face while feeding. This is an important face to learn by heart, for provision of all the basic needs of life. By around eight months, infants search the faces of those they trust for clues as to whether something new is safe to explore—or a threat from which to quickly withdraw (social referencing).

The ability to orient to, and accurately read, human faces has high survival value throughout our lives. We must register quickly if there is a stranger in our midst, and sense if this is a friendly or threatening presence. In short, we may be hard-wired to focus on faces as they provide information that is fundamentally important to our physical and social survival.

Why are human faces so compelling in film?

Hungarian film theorist Béla Balázs believed that it is the close-up of the human face that distinguishes film from other performance arts, especially theater. Unlike a staged play, the camera can bring us up close to a face—to gaze deep into the eyes and examine every contracted muscle in intimate detail. During a time when the sweeping wide shot was in style, Balázs was instrumental in bringing attention to the power of expression through face and body in film.

Here, I offer three reasons that we are drawn to the human face in film.

1. Close-ups of faces personify the drama.

We have difficulty computing emotion on a large or abstract scale. The close-up of the distraught face of a single victim helps us to understand the real consequences of a devastating flood or tornado on the nightly news. Balázs writes about how the close-up of the human face captures ‘the very instant in which the general is transformed into the particular’.

While wide shots reveal landscape and broader context, close-ups of the face personify and embody the emotional character of the film events on an intimate scale that can move us to the core.

2. Close-ups of faces can elicit our matching emotions.

Humans have a natural tendency to mimic and synchronize emotional facial expressions and postures and other emotional behaviors of people they are interacting with, leading to eventually taking in or ‘catching’ someone else’s intense emotions. Social psychologists call this emotional contagion, the subject of my previous post found here.

Philosopher Amy Coplan and others have proposed that we can ‘catch’ the emotions of a film character through contagion, just as we do in real-world interactions. For instance, in one study when students watched a video of a man recounting a happy or sad story, and were videotaped without their knowledge, their facial expressions mirrored those of the storyteller. While watching a film, you may have caught yourself mimicking expressions of film characters, arching or dropping your eyebrows, grimacing or smiling in the dark!

Psychologist Elaine Hatfield and others have shown that our tendency to mimic emotional gestures of others can eventually lead us to feel the intense emotions of another person. 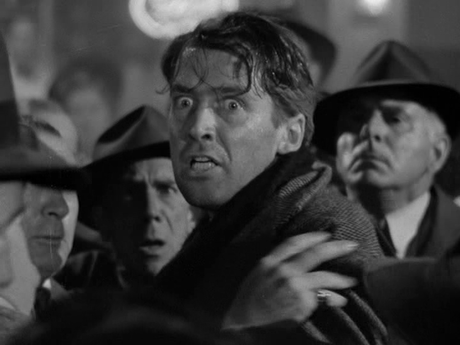 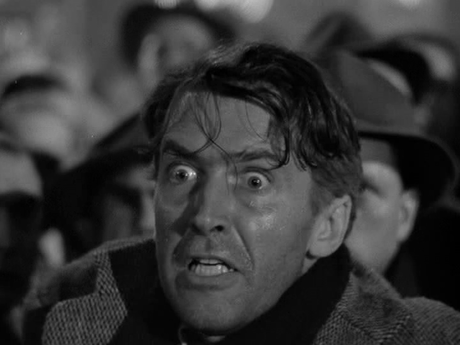 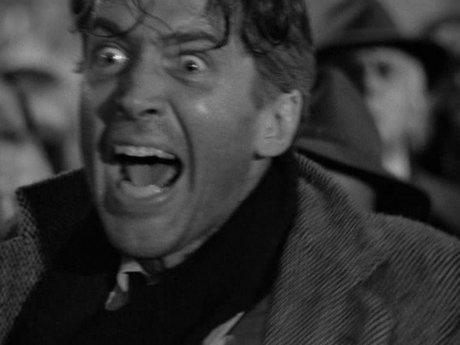 Film theorist Carl Plantinga goes a step further, proposing that close-ups of the face may provide a route to empathy for the character (not just sensing the same emotions, but experiencing and understanding the feelings of another).

3. The close-up of a nuanced face is open to interpretation – allowing us to project our own feelings, beliefs, and personal meanings.

Lastly, I suggest that while intense emotions may elicit emotional contagion, more subtle expressions may serve as a canvas for our own projections. These may be influenced by transient states such as mood – and more enduring factors such as our personal histories and associations, our own needs and unresolved conflicts.

The lingering close-up of a face presents only the illusion of being able to read the inner thoughts of another. What we think a film character may be thinking may reveal as much, if not more, about the inner recesses of our own minds.

The Impact of Music

Other emotion-evoking elements of film—especially the presence of music—can shape our interpretations of close-ups of faces with subtle or neutral facial expressions.

Musicologist Berthold Hoeckner and colleagues found that when a film excerpt ending with a close-up reaction shot with a neutral facial expression was paired with thriller (suspenseful) or melodramatic music, college students rated the character as more likeable if they had seen the scene with melodramatic rather than suspenseful music. More interestingly, when presented later with a still image of the face, they recalled the character’s emotion to be ‘sad’ if they had seen it with melodramatic music, and ‘angry’ if it had been accompanied by suspenseful music.

In a study my colleagues and I published in 2007, Matt Spackman and Matt Bezdek and I found that music does not even have to be playing at the same time as the close-up of a neutral face, to influence our interpretations of characters’ emotions. We paired film excerpts (shown in the Figure below) with pieces of music that had been reliably judged by a pilot group to convey ‘happiness,’ ‘sadness,’ ‘anger,’ or ‘fear’. In each case, the music was played only at the beginning—during exterior shots, fading at the entry of a full-figure shot of a film character—or only at the very ending of the excerpt, after the character had left the scene.

Even though the music was never played during the close-ups of the faces, the viewers’ interpretation of characters’ emotions tended to migrate toward the emotion expressed by the music. The most surprising finding was that even music played after the character left the scene still colored viewers’ perceptions of what they had already seen. (We interpreted this as a case of backward priming).

To end with the words of the strongest advocate for close-ups of the face: ‘Good close-ups are lyrical; it is the heart, not the eye that has perceived them’.

Siu-Lan Tan is an Associate Professor of Psychology at Kalamazoo College, where she has taught developmental psychology and psychology of music for 15 years. She is co-editor and co-author of the recently published 2013 book, The Psychology of Music in Multimedia. It is the first book to consolidate the research on the role of sound and music in film, television, video games, and computer interfaces. A version of this post also appears on Siu-Lan’s blog, What Shapes Film: Elements of the Cinematic Experience on Psychology Today. Read her previous OUPblog articles.

“… I’m packing you an extra pair of shoes. And your angry eyes, just in case…”