Consciousness and the Social Brain

By Michael S. A. Graziano

Each one of us has an inner feeling, an experience that is private. Consciousness, awareness, qualia, mind — call it what you will — it is the subtle distinction between merely computing information and feeling. The science of consciousness, a relatively new and growing area of research, asks how this non-physical feeling relates to the brain. How can circuits made of neurons do more than compute information—color, sound, location, and so on? How can they also create an awareness of those things? The answer to that question, if an answer is possible, would be the ultimate in human scientific understanding. That, at least, is the typical assumption.

To me, however, this typical way to frame a question has derailed all scientific progress. It is effectively religion in disguise, and perhaps also a bit of the worship of mystery. The objective phenomenon that we have in front of us, that we know exists, is not a semi-magical inner feeling. The phenomenon is that brains attribute that semi-magical property to themselves. Brains attach a high degree of certainty to that attribution. Attribution is not semi-magical. It’s in the domain of computation and information processing. It can be understood, it can be studied scientifically, and it can even be engineered.

To better explain this ideological divide between the most common (closet religion) approach to consciousness, and the more rationalist and scientific approach, I’ll use the analogy to the belief in God. God is a construct of the human brain. The reason why so many people believe in it intuitively and implicitly is because of a host of social factors, psychological factors, even evolutionary factors. The details aren’t fully understood, but the basic outlines of the theory are in place.

This brain-based theory of God is pretty close to how most atheistic scientists view the matter. A theologian might argue that the theory doesn’t explain God. It merely explains how so many people come to believe in it. But from a scientific perspective, the objective phenomenon before us isn’t the presence of a deity. The phenomenon is that so many people believe in it with such fervor. The theory explains the observable facts of the case. To postulate that there actually is a magical deity would be redundant and would add no further explanatory power. 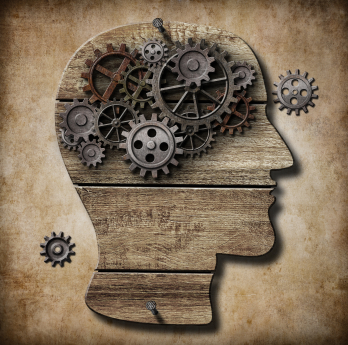 Brains are information processing devices and commonly attribute properties to things. That’s how brains understand the world, both the external and internal world. Those attributed properties are never entirely accurate or even physically coherent. Color, for example, is a construct of the brain, only roughly based on wavelength, and attributed to surfaces in the real world. In the same way, specific systems in the brain must compute the construct of awareness, of an inner feeling, of a subjective experience, and attribute that subtle set of properties to oneself.

One of the more interesting, commonly overlooked properties of awareness is that we not only attribute it to ourselves, but we also attribute it to other people. When I’m in the room with another person, I have an immediate, gut intuition that the person is aware, aware of me, aware of the topic of conversation, aware of the other items in the room. I don’t need to figure it out cleverly. I don’t need to think it through. I can do that too, but prior to any higher order cognition, I have an immediate intuition, one might call it a social perception. My brain has attributed awareness to the other person much like it attributes the color blue to that person’s shirt. My brain attributes awareness and attaches a high degree of certainty to that attribution. Could it be that awareness is an attribution, and that the specific systems in the brain that compute it and project it onto other people are the same as the ones that attribute it to ourselves?

As long as the science of consciousness clings to the belief in magic, in an actual ethereal property of awareness somehow generated by the brain, then no progress is possible. Scientists who study consciousness need to look closely and see where their hidden spiritual assumptions lie.

Michael Graziano is a professor of Neuroscience and Psychology at Princeton University. His recent book, Consciousness and the Social Brain, explores this possible account of consciousness. He lays out a theory, explores in detail how it might explain the known phenomena in their full complexity, and describes how the theory relates to many previously proposed theories. In his view, once the spiritualist or semi-magical view of consciousness is banished, the answers begin to fall into place. The outlines of the theory become clear and a host of experimental findings begin to fit. He is also a novelist and composer. His contributions on the functioning of the brain regularly appear in scientific journals such as Science, Nature and the Proceedings of the National Academy of Science. His novels include The Divine Farce and The Love Song of Monkey. More information can be obtained on his web site: