Wrong: Nine Economic Policy Disasters and What We Can Learn from Them

To what extent should economic and foreign policies be guided by ideology? Are politicians who remain committed to particular policy prescriptions principled representatives? Are they opportunists who ride the popularity of simple, easily explained idea into office? Or are they Neanderthals incapable of adapting to new ideas or responding to changing conditions?

For economic policy, the answer depends on how we define ideology. The vast majority of economists agree on certain basic principles that both theory and empirical analysis support: that the market-based economic systems that characterize the industrialized world today perform far better than the Soviet-style command economies in existence prior to the fall of the Berlin Wall; that setting all personal income tax rates at 95% will choke off work effort and setting them at 5% will not generate enough tax revenue to allow the government to perform its core functions; that relatively free and unfettered trade will lead to a higher standard of living than erecting many barriers to trade. Adhering stubbornly to these rigorously tested principles can hardly be termed ideological intransigence.

Within these broad guidelines, however, there is considerable room for disagreement and debate. The economic models adopted by the United States, Germany, Japan, and the Scandinavian countries each have something to recommend them. And the data show that each has outperformed the others under different circumstances and at various points in history. We should not, therefore, condemn as ideologically narrow-minded those who consistently lean on one side of the debate.

It is also important to note that the criteria for selecting appropriate economic policies depends on the relative weights politicians and policymakers place on economic growth and distribution. Economics has a great deal to say about the consequences of various fiscal, monetary, trade, and regulatory policies and whether they promote or hinder economic growth, stability, low unemployment, and moderate inflation. These policies often also have important consequences for the distribution of wealth and income among the rich, the poor, the oilman, the farmer, and many other groups within society. Although economics is good at identifying these distributional effects, it has much less to say about whether making one sector of society better or worse off is good or bad, fair or unfair.

Ideology is damaging in the economic sphere when policymakers adopt one key idea as the centerpiece of their policy and cling to it under any and all circumstances, whether or not this approach is supported by evidence.

Consider how one country’s unflinching fidelity to an economic ideology led to a tragedy of massive proportions.

The Irish famine was one of the worst humanitarian disasters of the 19th century. It left roughly one million people—or about one ninth of Ireland’s population—dead in its wake and led an even larger number to emigrate.

The basic facts of the famine are well known. In the autumn of 1845, the fungus Phythophthora infestans reached Ireland and devastated the potato crop. The blight, as it is now known, had no name when it was first discovered, but was referred to as the disease, the blight, distemper, the rot, the murrain and, perhaps most fittingly, “the blackness,” because it rendered the afflicted potatoes an inedible black mass. The blight devastated the potato crop in several consecutive years and, because of the central place of potatoes in the Irish diet, led to mass starvation.

Britain’s prime minister at the time, the Conservative Sir Robert Peel, immediately took steps to alleviate the suffering in Ireland, sending experts to study the cause of the infestation, promising to provide free of charge any chemical that would combat the blight, and arranging — without Parliamentary authorization — a large shipment of corn from the United States. Most importantly, Peel undertook the politically dangerous task of repealing the long-standing tariff on imported grain, the Corn Laws, in order to lower the price of food faced by the Irish.

The repeal of the Corn Laws helped Ireland’s poor, but, because the tax on imported grain was popular with the Conservative Party landed artistocracy, cost Peel his job. Peel’s replacement as prime minister, the Liberal Lord John Russell came into office adamantly opposed to any measures that would interfere with the workings of the free market for grain. Commenting on Peel’s response to the famine, he wrote: “It must be thoroughly understood that we cannot feed the people. It was a cruel delusion to pretend to do so.” Russell’s commitment to completely free and unfettered markets proved tragic, leading to an even heavier death toll than the famine would have otherwise taken. In this case, economic policy guided solely by ideology had tragic results. 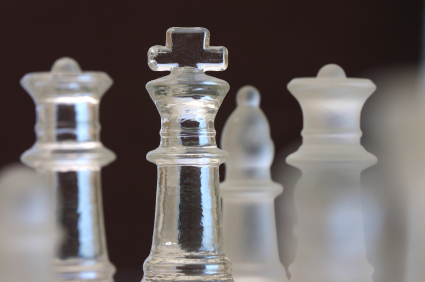 Does the same calculus apply to foreign policy? No.

The results of foreign policy are, by their very nature, less easily measured than those of economic policy and their goals far less well defined. For comparison’s sake, consider the mission statements of the US Treasury and the US Department of State. Treasury’s mission is to: “Maintain a strong economy and create economic and job opportunities by promoting conditions that enable economic growth and stability at home and abroad, strengthen national security by combating threats and protecting the integrity of the financial system, and manage the U.S. Government’s finances and resources.” The success of this mission can be evaluated by looking at current levels of GDP per capita (and its growth), unemployment, and inflation.

The State Department’s mission statement is: “Advance freedom for the benefit of the American people and the international community by helping to build and sustain a more democratic, secure, and prosperous world composed of well-governed states that respond to the needs of their people, reduce widespread poverty, and act responsibly within the international system.”

The goals of American foreign policy are both more difficult to measure and are inherently more ideological in nature than those of economic policy. During the Cold War, the United States sided with Great Britain, France, West Germany, and the western allies against the Soviet Union and its satellites. In addition to their commitment to democracy, our allies were more economically dynamic that the USSR. If our allies had been poor, and the Soviet Union rich, would we have abandoned our alliance with these democracies in favor of a wealthier totalitarian state?

Similarly, in the Middle East today we are far more closely allied with Israel—which, despite its imperfections, is an open, well-governed state that shares our democratic values—than with the numerous states with which it is still at war, which are, on the whole, neither open, nor democratic, nor particularly well-governed.

This brings us to Syria which, by anyone’s standards except Russia’s, is not acting responsibly within the international system and should be a pariah state. American isolationists argue that meddling in Syria is none of our business. Other opponents of US action argue that anything short of a major US intervention in Syria will do no good and so should not be attempted. These positions are hard to square with our ideological commitment to supporting well-governed states that respond to the needs of their people.

Historically, ideologically-based economic policies have been spectacularly unsuccessful. Britain’s unwavering commitment to free markets during the Irish famine — despite ample evidence that free markets were not working — was madness. Pledging to never vote for a tax increase — as almost all Republican members of the last Congress did — was similarly foolhardy.

Richard S. Grossman is a professor of economics at Wesleyan University in Middletown, CT and a visiting scholar at the Institute for Quantitative Social Science, Harvard University. His book Wrong: Nine Economic Policy Disasters and What We Can Learn from Them will be published in November by Oxford University Press.