Health Care Reform and American Politics: What Everyone Needs to Know, Revised and Updated Edition

Today, we’re kicking off a week long series on the Affordable Care and Patient Protection Act in anticipation of open enrollment beginning on 1 October 2013. Check back all this week for views and insights from Oxford University Press authors.

The Affordable Care and Patient Protection Act that was passed by Congress and signed into law in March 2010 sets in motion reforms in US health insurance coming into full effect in 2014. Most Americans are confused about what the law promises — and no wonder. Opponents falsely decry the law as a “government takeover of health care.” Supporters are often tongue-tied, implying that the reforms are too complex to explain.But that is not true. The core parts of Affordable Care are easy to explain, and polls show they are popular with most Americans.

Every state — from Oregon and Vermont to Texas and South Carolina — has the right to take a strong role in implementing health reform. Its own elected officials, businesses, health providers, and citizen groups can decide how to set up their state’s health exchange and other programs to fit local conditions. Health reform does not impose “one size fits all” and the proof is evident around the country in red and blue states that are already putting health reform in place in various creative ways. Citizens groups can get involved in state-level decisions. 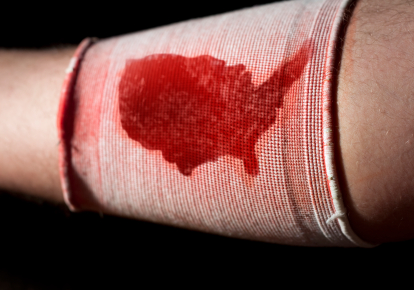 Health reform remains politically contentious, and many citizens are still learning what the law promises to do. Here are some answers to frequently asked questions:

A version of this article originally appeared on Scholars Strategy Network.

Lawrence R. Jacobs and Theda Skocpol are the authors of Health Care Reform and American Politics: What Everyone Needs to Know, Revised and Updated Edition. Lawrence R. Jacobs is the Walter F. and Joan Mondale Chair for Political Studies and Director of the Center for the Study of Politics and Governance in the Hubert H. Humphrey Institute and Department of Political Science at the University of Minnesota. Theda Skocpol is the Victor S. Thomas Professor of Government and Sociology at Harvard University, a member of the National Academy of Sciences, and past president of the American Political Science Association.