Caring for America: Home Health Workers in the Shadow of the Welfare State

By Eileen Boris and Jennifer Klein

In 2009, Supreme Court Associate Justice Stephen Breyer, writing for the majority, in Long Island Care at Home vs. Evelyn Coke upheld the administrative rule of the US Department of Labor that classified home health care workers as elder companions, excluding them from the overtime provisions of the Fair Labor Standards Act.

Breyer reinforced the common assumption that higher wages for home aides meant fewer hours of care for frail elderly and disabled people who relied upon their services to remain at home. This zero sum mentality assumes that we can only have long-term care on the cheap; that those who undertake front-line carework — assisting with the activities of daily living and maintaining home environments by performing household tasks — are somehow unworthy of living wages; that we can count on them to act out of love and obligation; that they are not real workers whose skills and services earn compensation. It ignores that we are sustaining a system in which low paid care providers lack the resources to care for themselves and their families, perpetuating a care deficit that makes them dependent on both public assistance and means-tested, underfunded and stigmatized health programs. Such assumptions ignore that providers of care for others also need care. Even now that the Obama administration has extended federal overtime to most of these workers, most home aides earn so little that they will qualify for subsidies under the Affordable Care Act (ACA).

What are the implications of the ACA for those who care? By various accounts two million people work in home care, nearly half of whom are unionized. They belong to one of the fastest growing occupations, but one of the lowest paid. To the extent that states take advantage of increased federal funds under Medicaid, they will be able to offer more hours to those who want home care, leading to more hours for workers. California, for one, is bundling long-term care services to make sure that those who qualify for them obtain home care as part of comprehensive health plans. Workers may find themselves with steadier if not increased hours with the infusion of new monies into state long-term care systems.

Perhaps the biggest impact of Obamacare comes from the possibility of better care for those who care. State governments can tap into a new source of funds, relieving some of the pressure that the Great Recession and austerity politics has placed on public budgets. As minimum wage and often part-time workers, home health aides and personal attendants have lacked the means to secure private health insurance. Unionization over the last 30 years has only partially succeeded in winning benefits along with higher wages and respect and recognition. In negotiations with private agencies and public authorities alike, some unions have secured limited employer health contributions but these kicked in only after a specified number of hours per pay period, which many workers never reached due to the structure of the industry. 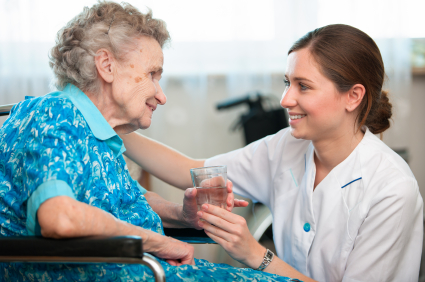 As “the poor caring for the poor,” home aids and personal attendants can qualify for public exchanges and subsides. But will they sign up for Obamacare? Their unions are actively working to insure that members — and other low-income people who are the family, friends, and neighbors — obtain coverage under the ACA. First, unions are informing people of their right to health care. Even before 1 October 2013, the beginning of the enrollment period, some local unions have conducted health fairs at churches and other community centers where individuals can figure out if they qualify for the health exchanges or for other public services. Service Employee International Union (SEIU) locals have pioneered in this regard, especially in Chicago. One of that union’s largest locals, the 91,000 strong SEIU Health Care Illinois-Indiana-Missouri-Kansas has been at the forefront of enhancing the general social wage. This union is the successor to SEIU Local 880, the pioneer home and child care union with a compelling history. It moved from its origins in the early 1980s with ACORN and community activism around living wages and housing justice to a dynamic grass-roots militancy and political unionism built and sustained by an incredible core of African American women. Now, through its Health Fund, the union has received some $700,000 from the state of Illinois to assist in enrolling members, their families, and other low-wage workers who qualify for Obamacare. They have become one of 44 community organizations under the Illinois Department of Public Health’s Affordable Care Act (ACA) In-Person Counselor Grant Program who will navigate people through the new systems. They are working with community partners, including Action Now, to reach African American and Latino neighborhoods. This union has the street credibility to address the needs and concerns of some of the hardest to reach potential beneficiaries.

Contrary to some complaints by unionists with generous health insurance, who fear taxation on their benefits, ACA promises better health coverage through collective bargaining as well. Take a recent contract now up for member approval in Oregon. SEIU Local 503 (a union of public employees and home care workers) listened to priorities of workers and agreed to implement a new form of health care for all its 20,000 members, a quarter of whom currently have no coverage at all. With Medicaid expansion under the ACA, thousands of home aides and personal attendants will become eligible for the Oregon Health Plan, while others will be able to enroll in Cover Oregon. A new health trust fund further will offer a taxable benefit to offset any out-of-pocket premium and deductible costs. In addition, under the contract negotiated with the state government, eligibility will expand with fewer hours of work required. The contract removes bureaucratic obstacles, allowing those who work under both of the state’s care programs to add together their hours to meet the new threshold. This new health fund also will support dental and vision benefits and Medicare supplemental coverage. In short, SEIU negotiated a new care regime for those who care, enhancing public health goals in the process.

With health coverage transferred to the ACA’s exchanges and other state programs, these unions can concentrate on obtaining higher wages. Earning living wages, those whose labors bring comfort and prolong independent living may themselves obtain the care that they too deserve. With longer life expectancy, most Americans, across the spectrum of class and ethnicity, will at some point depend on a caretaker. However, the fate of home care remains tied to public funding. If we truly care about those who care, we must end austerity politics and return to a vision of a society that recognizes the interdependence of us all through a robust and equitable welfare state.

Eileen Boris is the Hull Professor and Chair of the Department of Feminist Studies and Professor of History, Black Studies, and Global Studies at the University of California, Santa Barbara. Jennifer Klein is Professor of History, Yale University. They are the authors of Caring for America: Home Health Workers in the Shadow of the Welfare State (Oxford University Press, 2012), winner of the Sara Whaley Prize of the National Women’s Studies Association.

This week we’re offering views and insights from Oxford University Press authors on the Affordable Care and Patient Protection Act in anticipation of open enrollment beginning on 1 October 2013. Read previous articles including Theda Skocpol and Lawrence R. Jacobs: “What does health reform do for Americans?” and Andrew Koppelman’s “Politics, narratives, and piñatas in health care”.