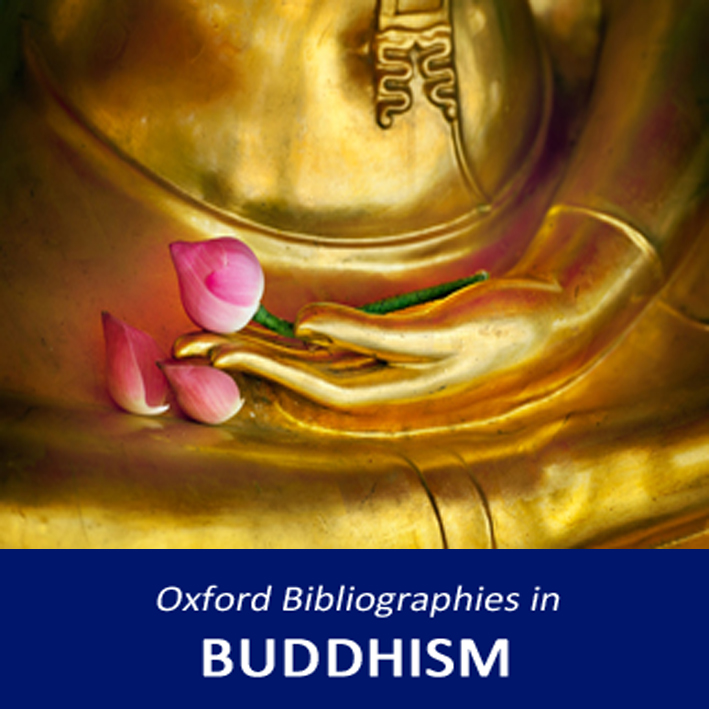 Of late, scholars have increasingly called into question the utility of the nation-state as the default category for the study of Buddhism.

In terms of the way Buddhism is academically apprehended, the implication of Johan Elverskog’s argument in “The Buddhist Exchange: Irrigation, Crops and the Spread of the Dharma” — that Buddhism should be seen as a civilization — runs directly counter to the standard view of the relation between civilization and religion codified in contemporary religious studies. In the “standard model” a civilization is conceptualized as the societal container within which different religions may be held. This conception is no doubt a consequence of the ways in which Europe secularized in order to deal with the otherwise intractable wars of religion, which stretched across a century and a half (1524–1697). While it is the normative conception of the relation for post-Enlightenment liberal societies in the West, we cannot presume that it was so for all peoples at all times.

Such a theoretical conception of Buddhism as a civilization would do much to shift away from an almost exclusive focus on Buddhist doctrine, with its implicit cognitivist fallacy, while at the same time avoiding the Buddhist modernist notion that meditation can be adopted sanitized of any doctrinal commitments. The tension between these two opposing understandings of what is important about Buddhism appears unresolvable. A shift to a category other than “religion” or “philosophy” would provide a means of comprehending Buddhism more adequately.

Consider for example the translators who judged texts of the “profane sciences” worthy of translation from Sanskrit into Tibetan. While a distinction was drawn between that which is directly conducive to awakening, and that which is indirectly conducive, it was the entire culture of the Buddhist civilization that was of interest. Even more telling in their specificity, however, are the debates between different Tibetan teachers on the question of whether epistemology (hetuvidyā, grtan tshigs rig pa) is properly one of the sciences conducive to awakening or not. Thus, not only do the boundaries between “sacred and profane” trace out different contours in Buddhist thought (“awakening” having a different intellectual configuration from “salvation”), but also the borders are not sharp. Additionally, making the distinction between “religion” (sacred) and “civilization” (profane) turns out to have been an area of contestation.

Anya Bernstein’s research highlights the difference between emic bases for categorization among contemporary Buryat Buddhists and the etic categories predominant in contemporary academia. As discussed previously, the default academic categories tend to be based on contemporary nation-states. Thus, we find much talk of Chinese Buddhism, Japanese Buddhism, Burmese Buddhism, and so on. For the Buryats studied by Bernstein, however, connections are based not on nation states. (Tibet, for example, is a problematic category, as David B. Gray’s discussion, summarized in the previous post, showed.) Rather, they rest on “karmic affinities,” that is, those of teaching lineages and reincarnation. Since these ways of categorizing socio-religious groupings are also used by at least some Buddhists themselves, they are an important additional system for contemporary researchers to take into account.

At the same time, the relevance of ethnic and nationalistic categories also emerges from Bernstein’s study. These are especially clear in conflicts between the authority of the officially recognized Buryat Buddhist establishment and the ethnically Tibetan lamas who operate on the basis of relations that not only cross, but effectively deny the religious significance of national boundaries. One dimension of this conflict is that of “tradition versus reform,” with the Tibetan lamas and their supporters asserting authority from within a modernist rhetoric of reforming and purifying, while their opponents based their claims on a politics of identity and tradition. The specific site of conflict discussed by Bernstein was ritual offerings to local deities which traditionally include vodka and meat. The Tibetan lamas asserted that “true” Buddhism, that is, a modernist claim regarding originary purity, did not include such offerings, while the local lamas claimed that the indigenous spirits would not take orders from outsiders. Thus, the conflict reveals that categories based on nation-states are not irrelevant to the study of Buddhism. However, rather than being employed uncritically as the default organizing principles, such categories need to be used for situations in which they are appropriate.

Gray’s inquiry on “How Tibetan is Tibetan Buddhism?” points to an alternative structure by which the study of Buddhism can be organized, that of religious movements and schools. Like Vajrayāna itself, the category Gray suggests as an alternative to “Tibetan Buddhism,” other important movements and schools extend across cultural boundaries. These extensions, such as the cult of Amitābha extending throughout the Mahāyāna cosmopolis, are important for understanding the coherence of the tradition—a characteristic ignored, obscured or minimalized by emphases on the characteristics thought to unify the variety of Buddhist forms within a nation-state.

The category “Tibetan Buddhism” appears firmly entrenched in popular culture. Thus, one sees groupings such as “Zen, Tibetan and mindfulness” as if these represented the range of Buddhism. On the one hand, this reveals the tendency of accepted categories to endure despite being dysfunctional in one way or other. On the other, it highlights another aspect of the social structures sustaining such categories. In other words, the popular formulations of the categories of Buddhism directly affect the academic categorizations. The popular formulations stand then in a dialectic relation to the scholarly categories, with both being influenced by the economics of popular religion on the one hand and the funding of academic institutions on the other.

As summarized in the previous post, Tansen Sen’s essay on “Rediscovering and Reconstructing Buddhist Interactions between ‘India’ and ‘China’” explores the ways in which modern political ends were at work in reimagining an historical relationship between an India and a China that serve as symbolic surrogates for the modern nation-states. This relationship was represented as one of peaceful sharing in which Buddhism was both the content being shared and the motivator for the sharing. The pan-Asianist rhetoric that Sen examines formed a common discourse among many different authors in late nineteenth and early twentieth century South and East Asia. Sen specifically focuses this paper on figures working at Cheena-Bhavana, Visva-Bharati University in Santiniketan, India, in the 1930s and 40s. When considering the effects of using contemporary nation-states as the default organizing principle for Buddhist studies, Sen makes an important observation:

“The use of ‘India’ and ‘China’ as distinct, homogenous, and ‘politically identifiable’ units found in the writings of intellectuals and scholars associated with pan-Asianism and Cheena-Bhavana was not necessarily due to the limitations of modern vocabulary. Rather, they were deliberately used to accomplish the idealistic, nationalistic, political, or religious goals of these writers. The reconstructions of the ancient linkages between India and China were often part of the emerging nationalist historiography that let the concerns of the present shape the perceptions of the past.”

In addition to the endurance of these directly politicized motivations regarding “India” and “China” as monolithic constructs continuous over millennia, another implication of Sen’s study is worth considering. The goal of early twentieth century pan-Asianist rhetoric was to imagine a peaceful relation between Asian countries, in this case based on Buddhism. As indicated above, not only was Buddhism the content of exchange, but it was also presented as the motivator of change. In other words, the contemporary image of Buddhism as a “religion of peace” may itself also be a consequence of the pan-Asianist rhetoric examined by Sen.

Categories have lexical and rhetorical consequences, and should only be used when theoretically relevant. There is no one right way to categorize Buddhism—whether in terms of nations or ethnicities, lineages or mentalités, monastic institutions or doctrinal teachings, civilizations or individuals. Each of these, and other kinds of categorizations, can be heuristically useful for different kinds of research depending upon the theoretical framework of inquiry. Employing any of them as the single overarching default category system, however, distorts and limits our understanding.

Richard K. Payne is the Dean of the Institute of Buddhist Studies at the Graduate Theological Union, Berkeley; serves as Editor-in-Chief of the Institute’s annual journal, Pacific World; is chair of the Editorial Committee of the Pure Land Buddhist Studies Series; and is Editor-in-Chief of Oxford Bibliographies in Buddhism. He also sporadically maintains a blog entitled “Critical Reflections on Buddhist Thought: Contemporary and Classical.” Read his previous OUPblog posts.