Transnational Crime and the 21st Century

We’ve divided our planet into nearly 200 countries with sovereign borders and laws designed to preserve mutual self-interest. It is not surprising, therefore, that many countries are suspicious of their cross-border neighbors and sometimes outwardly hostile to them. Simply put, the adage “good fences make good neighbors” applies on the international scene as well.

Our increasingly globalized world has made traditional close-minded suspicions of neighboring countries less tenable. Neighbors have become more important everywhere as the buyers and sellers of products and services. Sometimes they provide labor and competition as well. In any case, neighbors can no longer be ignored successfully.

The same holds true in the market for illegal products and services, such as drugs, stolen property, sex trafficking, and money laundering. In every case, borders are crossed to link supply with demand and increase illicit profits, all while evading law enforcement.

The crackdown on drug cartels within Mexico during the last few years has been a positive sign in that the Mexican government is taking on entrenched and powerful drug gangs. On the other hand, the drug gangs are not sitting idly by as this occurs, and they are fighting back with violence and renewed efforts to threaten and corrupt government officials from police to politicians. Positive results, such the capturing of Mexican drug gang leaders through US-Mexico cooperation, are featured simultaneously with news footage of violence in the streets of US-Mexican border towns.

A new television series, The Bridge, dramatizes the interactions of an American and a Mexican detective as they hunt a serial killer across the border, while dealing with the existing border issues of corruption, drug cartels, and crime. It is too early to tell whether the series will exploit these problems or make an effort to portray their more complicated context. 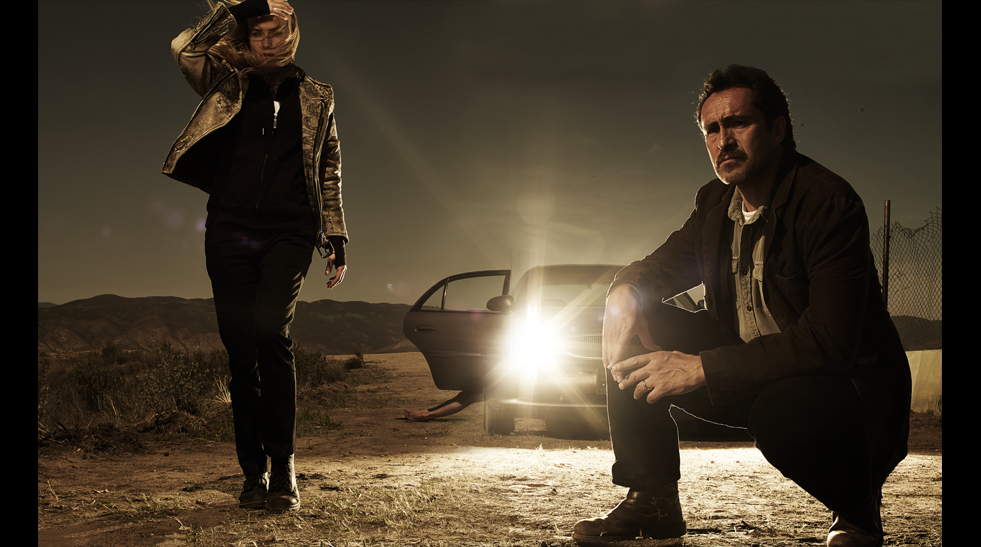 But as often occurs in contemporary criminal justice, it is not always clear whether life is imitating art, or the reverse. The same month that The Bridge premiered, the US Drug Enforcement Administration publicly congratulated the government of Mexico on the arrest of Miguel Trevino Morales, the head of the notorious Los Zetas drug cartel. Morales had been wanted by police for years. Two months earlier, Armando Villareal Heredia, aka Gordo Villareal, was successfully extradited from Mexico to the United States to face federal racketeering and drug charges. Villareal is the principal defendant in the prosecution of the Fernando Sanchez-Arellano drug trafficking organization.

Last month, the US Treasury Department designated 18 individuals and 15 businesses linked to Rafael Caro Quintero, a Mexican drug trafficker and founder of the Guadalajara drug cartel. Pursuant to the US Foreign Narcotics Kingpin Designation Act, US citizens are prohibited from conducting any financial or commercial transactions with these designees, and it freezes any assets they may have in the United States. This action occurred because family members and front persons were used to invest drug money into legitimate companies and real estate projects, and this designation makes such laundering and concealing of funds much more difficult. The DEA acknowledged the assistance of the government of Mexico in targeting these individuals. These cases demonstrate that some progress being made in the real world of drug gangs and related border corruption.

In the same way that the United States struggled against organized crime a century ago against the likes of Al Capone and Lucky Luciano, Mexico is engaging in the same struggle now on the US-Mexican border. As the United States learned from its own experience, the fight against organized crime will only progress when the rule of law can be practically enforced: through professionalized law enforcement, prosecution, and adjudication; where police, prosecutors, and judges are well-trained, fairly paid, and then develop loyalty to their professions. Only then can consistent progress resistant to corruption be made against organized crime.

We live in an interesting time in which we are witnessing a developing government trying to enforce the rule of law over the rule of organized crime drug gangs. This is no easy task, but with the assistance of the more developed rule of law capacity in the United States, Mexico-US relations might become less a case of mutual suspicion and more a case of mutual support in a common cause.

Jay Albanese, PhD, is a Professor and Criminologist at Virginia Commonwealth University’s Wilder School of Government & Public Affairs. He is the author of Transnational Crime and the 21st Century.

What is coercive control and why is it so difficult to recognize?