An A-Z of Baby Names

HRH Prince George Alexander Louis of Cambridge has arrived! There was much hand-wringing over which names would be chosen for the third in line to the British throne, so we thought this would be an excellent opportunity to pull out our copy of An A-Z of Baby Names by Patrick Hanks and examine the history of the names given to mother, father, and baby. Below are extracts from the text.

George: M. Via Old French and Latin from Greek Georgios. The Greek name is a derivative of geo¯rgos ‘farmer’, from ge¯ ‘earth’ + ergein ‘to work’. This was the name of several early saints, including the legendary figure who is now the patron of England (as well as of Germany and Portugal). If the saint existed at all, he was perhaps martyred in Palestine in the persecutions instigated by the Emperor Diocletian at the beginning of the 4th century. The popular legend in which he is a hero who slays a dragon is a medieval Italian invention. He was for a long time a more important saint in the Orthodox Church than in the West, and the name was not much used in England during the Middle Ages, even after St. George came to be regarded as the patron of England in the 14th century. The real impulse for its popularity was the accession of the first king of England of this name, who came from Germany in 1714 and brought many German retainers with him. It has been one of the most popular English male names ever since.

Alexander: M. From the Latin form of the Greek name Alexandros ‘defender of men’. Its use as a Christian name was sanctioned by the fact that it was borne by several characters in the New Testament and some early Christian saints. However, its tremendous popularity throughout Europe is due mainly to the exploits of the conqueror Alexander the Great (356–23 bc), around whom a large body of popular legend grew up in late antiquity, much of which came to be embodied in the medieval ‘Alexander romances’.

Louis: M. French name, of Germanic (Frankish) origin, from hlud ‘fame’ + wı¯g ‘warrior’ (modern German Ludwig). It was very common in French royal and noble families. Louis I (778–840) was the son of Charlemagne, who ruled both as King of France and Holy Roman Emperor. Altogether, the name was borne by sixteen kings of France up to the French Revolution, in which Louis XVI perished. Louis XIV, ‘the Sun King’ (1638–1715), reigned for 72 years (1643–1715), presiding in the middle part of his reign over a period of unparalleled French power and prosperity. In modern times Louis is also found in the English-speaking world (usually pronounced ‘loo-ee’). In Britain the Anglicized form Lewis is rather more common, as is the alternative spelling Louie. 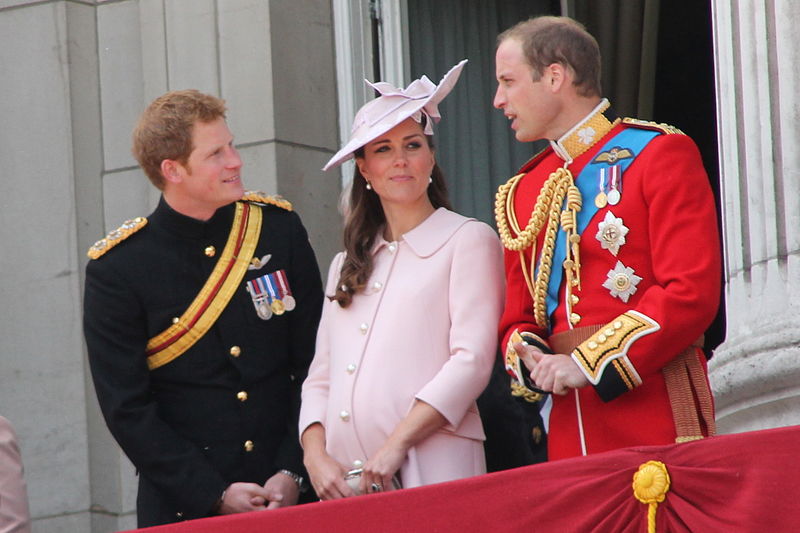 William: M. Probably the most successful of all the Old French names of Germanic origin that were introduced to England by the Normans. It is derived from Germanic wil ‘will’, ‘desire’ + helm ‘helmet’, ‘protection’. The fact that it was borne by the Conqueror himself does not seem to have inhibited its favour with the ‘conquered’ population: in the first century after the Conquest it was the commonest male name of all, and not only among the Normans. In the later Middle Ages it was overtaken by John, but continued to run second to that name until the 20th century, when the picture became more fragmented. There are various short forms and pet forms, including Will, Bill; Willy, Willie, and Billy.

Arthur: M. Of Celtic origin. The historical King Arthur was a British king of the 5th or 6th century, about whom very few facts are known. He ruled in Britain after the collapse of the Roman Empire, at the time of the first invasions of the Angles and Saxons, to which he led the resistance. A vast body of legends and romances grew up around him in the literatures of medieval Western Europe. His name is first found in the Latinized form Artorius; the origin is unknown. The spelling with –th– is a 16th-century development. The name became particularly popular in Britain in the 19th century, partly in honour of Arthur Wellesley (1769–1852), Duke of Wellington, the victor of Waterloo, partly because of the popularity of Tennyson’s Idylls of the King (1859–85), and partly because of the enormous Victorian interest in things medieval in general and in Arthurian legend in particular.

Philip: M. From the Greek name Philippos, meaning ‘lover of horses’. This was popular in the classical period and since. It was the name of the father of Alexander the Great. It was also the name of one of Christ’s apostles, of a deacon ordained by the apostles after the death of Christ, and of several other early saints.

Katherine: F. English form of the name of a saint martyred at Alexandria in 307. The story has it that she was condemned to be broken on the wheel for her Christian belief. However, the wheel miraculously fell apart, so she was beheaded instead. The earliest sources that mention her are in Greek and give the name in the form Aikaterine¯. The name is of unknown etymology, but from an early date it was associated with the Greek adjective katharos ‘pure’. This led to spellings with –th– and to a change in the middle vowel (see Katharine). Several later saints also bore the name, including the mystic St Katherine of Siena (1347–80), who both led a contemplative life and played a role in the affairs of state. Katherine is also a royal name: in England it was borne by Katherine of Aragon (1485–1536), first wife of Henry VIII, as well as by the wives of Henry V and Charles II. The spellings Katharine, Catherine, Catharine, Katheryn, Kathryn, and Cathryn are also found.

Elizabeth: F. The usual spelling of Elisabeth in English. It first became popular because of its association with Queen Elizabeth I of England (1533–1603). Throughout the 20th century it was extremely fashionable, partly because it was the name of Elizabeth Bowes-Lyon (1900–2002), who in 1936 became Queen Elizabeth as the wife of King George VI; even more influentially, it is the name of their daughter Queen Elizabeth II (b. 1926). There are numerous short forms, pet forms, and derivatives, including Eliza, Liza, Lisa, Elsa, Liz, Beth, Bet, Bess, Elsie, Bessy,Betty, Betsy, Libby, and Lizzie.

Elisabeth: F. The spelling of Elizabeth used in the Authorized Version of the New Testament and in most modern European languages. This was the name of the mother of John the Baptist (Luke 1:60). Etymologically, the name means ‘God is my oath’ and it is therefore identical with Elisheba, the name of the wife of Aaron, according to the genealogy at Exodus 6:23. The final element was probably altered by association with Hebrew shabba¯th ‘Sabbath’.

Patrick Hanks has been a lexicographer and linguistic researcher for almost three decades. He was Chief Editor for Current English Dictionaries at Oxford University Press, and is now a professor at the University of the West of England in Bristol. His books include An A-Z of Baby Names and Dictionary of American Family Names: 3-Volume Set.

Image credit: The Duke and Duchess of Cambridge, Prince George of Cambridge, and Prince Harry on the balcony of Buckingham Palace, June 2013 by Carfax 2. Creative Commons license via Wikimedia Commons.