When reading this week’s coverage of the independent report into the regulation of Morecambe University Hospital Trust by the Care Quality Commission (CQC), I could not help but reflect upon the links between this terrible episode in public sector management and Stanley Cohen’s famous work on moral panics and folk devils. The public, the media, interest groups, politicians, vaunted ‘experts’ — just about anyone and everyone — lined-up to join the ‘moral barricade’ to decry the failure of the CQC to intervene in Morecambe Bay. An interesting element of this social outrage was the manner in which, as Cohen’s thesis would suggest, a very specific ‘folk devil’ was quickly identified in the form of the three senior officials (now identified as Jill Finney, Cynthia Bower, and Anna Jefferson).

The three officials were accused of putting political convenience above the care of newborn babies. A process of full-blown demonization has subsequently occurred in which the three women are now the focus of online and off-line threats to the extent that they have been forced to leave their homes and go on the run. The three women have become unfavorable symbols for a set of social concerns that run far deeper than this scandal — a perceived culture of secrecy within the NHS, and healthcare demands outstripping resources. As a result, as with all folk devils, all mention of these women now revolves around their central and exclusively negative features.

My point here is not to deny that a tragedy has occurred. The Secretary of State for Health’s comment that ‘what happened at Morecambe Bay is above all a terrible personal tragedy for all the families involved’ fails to capture the raw pain, the complete physical and psychological numbness, felt by a parent at the loss of a child. My point revolves around the manner in which we as a society have dealt with this tragedy. Is it simply too easy to create and then destroy a folk devil? Could it be that the tragedy actually points to the existence of a set of issues that no one is willing to take on? Indeed, if the existing research and writing on moral panics and folk devils illustrates one thing, it is that the link between the demonized individual and the actual focus of public concern is frequently tenuous and often non-existent. Scapegoats are created to act as lightning rods for broader social concerns.

For those offended by any suggestion that the senior staff of the CQC might have been unfairly pilloried let me be clear about my position. Something clearly went wrong. The regulatory system failed. The three staff at the top of the CQC must be held to account and accept some responsibility. The grit I want to throw in the ointment is a question regarding the apportionment of blame, and the existence of annoying little things called facts and due process. 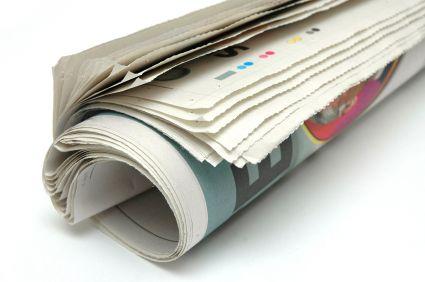 The facts — if a contemporary social scientist can use such a term — appear to be this: the three senior staff in the CQC are accused of destroying and suppressing a document that outlined the failings in care at the maternity unit of University Hospitals Morecambe Bay. Yet the document still exists, and all three of the staff deny that there was any attempt of a cover-up. As Ms Finney told BBC Radio 4’s Today Programme ‘There was not a decision [at that meeting] to delete a report nor was there an instruction’. Last week’s independent report by Grant Thornton created more heat than light in terms of whether a ‘deliberate suppression’ of an internal CQC memo in Morecambe Bay actually occurred and even explicitly states ‘this allegation has been denied by the person who is alleged to have given an instruction to delete this report’. The report found no ‘smoking gun’ and Ms Finney has stated on record that the report was ‘the first thing’ she pointed out to Grant Thornton when they were brought in to conduct an external review. Although redacted in the initial version of the independent review by Grant Thornton, the CQC quickly caved in to public pressure and identified the women. Unable to contribute to the review or read the report prior to publication it is hard not to have some sympathy for Cynthia Bower’s view that she was ‘hung out to dry’. ‘The first time I saw the final report was when I read it online on Tuesday night,’ Jill Finney has stated, ‘and by Wednesday morning the media feeding frenzy had begun’. Could it be that in our rush to apportion blame and claim scalps we have lost our capacity to learn from mistakes and really understand what happened?

In order to begin answering that question, let me throw three more issues into the debate. The first is the issue of complexity. Put very simply, the CQC is expected to regulate an incredibly complex network of institutions but with relatively limited resources. A number of scandals since 2009 have highlighted deficiencies in terms of the CQC’s management, resources and regulatory scope — but nothing was actually done. It highlights the manner in which the problems were arguably systemic rather than individual, and therefore it might be too simple to blame just two or three people.

The second point highlights the political dimension of this scandal and exposes a degree of naivety. The managers of any public sector organization — be they schools, hospitals, prisons or regulators — will inevitably keep one eye on public perception and media management when dealing with any significant matters. Modern politics is attack politics and public sector organizations now operate in a low-trust/high-blame environment. There is a strong punitive element to any crisis and for most public servants accountability means blame.

And behind this (and thirdly), lies an implicit level of resentment over the perceived high levels of public sector remuneration at the highest level. Could the price of a senior salary actually be an expectation of total infallibility? This brings us back to the issue of naïveté and what has been termed ‘the new public service bargain’. The old public service bargain was forged around a job for life, political anonymity, a relatively low salary but an excellent pension scheme. In the new public service, by contrast, a salary far higher than the Prime Minister’s is the price you pay for political visibility, job insecurity, and the knowledge that if something goes wrong the buck will stop with you.

Maybe someone forgot to tell Cynthia Bowers about the ‘new public service bargain’?