The Oxford Handbook of the Use of Force in International Law

Gender studies begin by asking how you understand gender, the boundary, the space, the difference, the divergence and the sameness between m and f. How femininity and masculinity are knowable, reversible, collapsible, forgettable, changeable and open to renegotiation, supposedly given, fixed, yet mutable. 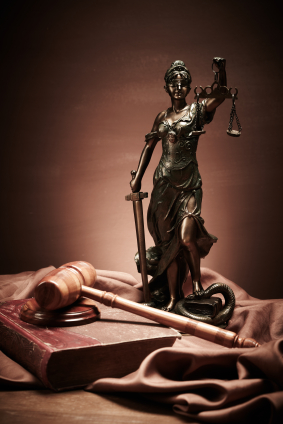 As a feminist theorist who writes on international law with a particular focus on collective security, the use of force and peacekeeping, I examine the constructed spaces of international law and its institutions. I attempt to delineate the rules and practices of the Security Council, the International Criminal Court, the Convention to Eliminate All Forms of Discrimination Against Women (CEDAW), and the work of UN Women and the UN Secretary-General’s Special Advisor on Sexual Violence. Of course there will be controversies but they will be contestable in defined and expected (legal) spaces.

Recently, the SOAS Centre for Gender Studies workshop on Border Crossings showcased scholarship on gender across faculties, departments, schools and centres at SOAS, University of London. Staff and students spoke on ‘New Directions in Gender at SOAS’ and organised around the theme of Border Crossing. Over 10-11 May 2013 gender studies scholars at SOAS demonstrated the strength and resonance of the discipline in papers that crossed places and spaces, temporalities as well as disciplines and methods. This was as challenging as it was invigorating. When does an international lawyer listen to an anthropologist, historian, ethnographer, or South Asian studies scholar and hear resonance in her own work?

Mainstream approaches to international law recognise the nexus between the international and the everyday, yet this boundary crossing is little explored within the discipline of international law. If gender is a primary human organising principle that influences our everyday lives (before you were born somebody asked, are you a girl or boy?) once we disrupt the f and m binary we bring wonder and engagement with a whole list of further binaries: rational/emotional, nature/culture, objective/subjective, written/visual, hard/soft, international/everyday, high culture/low culture, public/private, home/diaspora, mind/body. Binaries are transposed into continuums of knowing and not knowing, and positives constructed by the existence of the negative, the other.

At the same time we are forced to remember that we all create borders and we must be mindful of creating new boundaries within our thinking, especially in terms of who speaks, how we speak, who is visible, and who is heard. Multidisciplinary spaces are not the same as interdisciplinary spaces. Asking how we can speak across borders (of knowledge, space, language) is a question of continual importance. Interdisciplinary work shifts beyond the bounded interaction within other disciplines towards a reinvigoration of our methods and thinking.

As international lawyers we must also recall the preoccupation with land and territory that borders dictate, even in crossing. Boundaries and borders privilege land and enclosure or corporeality over the flow of unbounded spaces. Spaces undefined by borders (for example, the ocean, airspace, and cyberspace) are increasingly relevant to post-millennium international law. New forms of regulation and disciplining take place alongside the unbounded, interdisciplinary forming of ideas and revolutions. For example, the freedom of the ocean alongside the unseen bodies and boats left untethered to land, untethered from statehood and often denied citizenship (belonging), presents a conundrum. Finite legal distinctions about who may cross from sea safely onto land require attention from international lawyers preoccupied with sovereignty as known lands, borders, and boundaries laid neatly via rules.

Feminist approaches within international law must see the body bag, the state, the border as equally as we might conceive of interrogating the ocean as a regulated space despite its lack of boundaries. In the era of remote airstrikes, airspace presents a similar challenge, as does the unconfined yet regulated space of our virtual worlds. The failure to see unbounded space as regulated is to reproduce the bodies of war and law whose enclosure and death international law remains complicit in. The contradiction, equivalent to the fixed yet mutable space of knowing gender, is that the space of the ill-defined border also represents a new way of crossing and is a space of innovation. Gender studies ask the international lawyer to hear the peripheral subject in the borderless space, to cross her borders of knowing, and to see outside the boundaries of the discipline.