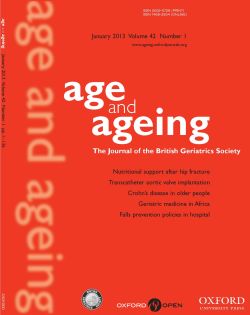 
Is living alone in later life bad for your health? As we get older, the likelihood that we will be living on our own increases. We live in an ageing population and data from the Office for National Statistics show that in 2010, nearly half of people aged 75 and over were living on their own. So the experiences and concerns of older people living alone are increasingly relevant to policy-makers and to society at large. Physical health is a major concern as we age and living arrangements can be important, particularly if an older person has nobody living with them who can provide practical support. But what about mental health? We hear reports in the media about a rapid rise in the number of people living alone in the UK potentially leading to a “loneliness epidemic”. But the reality is likely to be more complex. In particular, older people will very often be living alone because they have outlived their spouse or partner, and bereavement will likely have its own effects on mental health. So what role does the transition to living alone play in this process?

We recently analysed information about more than 4,500 men and women aged 65 and older in Great Britain. We looked at their changing living arrangements during the 1990s and 2000s, with each person tracked over a six-year period. We selected people who were initially living with at least one other person but were living alone by the time they were interviewed the following year. We compared this group with people who were constantly continuously living alone, with a partner or with an adult child, and experienced no changes in living arrangements during the entire six-year study period. The data, from the British Household Panel Survey, also include information about many aspects of health. We used people’s scores on the “General Health Questionnaire” (GHQ-12) — a commonly-used measure of overall mental health — with a score of four or more suggesting some level of “psychological distress”. We then looked at average GHQ-12 scores in the different groups and also at how their scores changed over time. 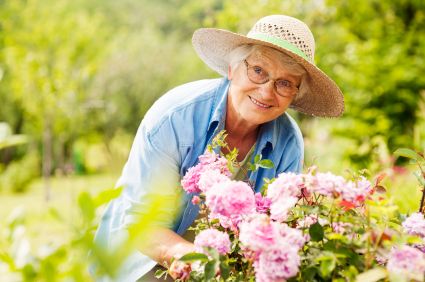 In contrast, when we looked at the men and women who made a transition to living alone, we saw a very different picture. When GHQ-12 was measured within a year of making the change from living with a partner to living alone — primarily via widowhood — the risk of being classified as having mental health problems increased significantly. The percentage with a ‘high’ GHQ-12 score increased from 23% to 42% of men, and from 33% to 61% of women in the year following widowhood. However, after just one more year, this risk had fallen substantially, and by the third year of follow-up, the percentages had returned to their original level.

This finding supports previous research from the UK and the USA suggesting that “crisis” of widowhood has only a short-term negative effect on mental health. It seems that the emotional stress of bereavement leads to an increase in psychological distress but people have coping mechanisms that allow them to recover relatively quickly. It may also be the case that the widowhood was preceded by a difficult period of having to care for an ill spouse and in the longer term, living alone is a less stressful arrangement.

At the same time, with recent developments such as the rise of social media and communication via technologies such as Skype, the meaning of living alone is beginning to change. Living alone is not synonymous with loneliness and, at least for the men and women in our study, is no more likely to be linked to mental health problems than living as a married couple.

Of course, our findings do not provide an excuse to neglect the needs of older people, including those living on their own, who many often need support (practical, financial or emotional) from family, friends, from the state and wider society. But it seems that living alone in later life isn’t necessarily a recipe for poor mental health, and even if the transition (particularly after widowhood) is tough, people will generally ‘bounce back’ with a remarkable level of resilience.

Dr Juliet Stone is a Research Fellow at the ESRC Centre for Population Change. Her research involves investigating trends in household composition over time, family change, and exploring how experiences and exposures across the life course can influence outcomes in later life. Her paper ‘The transition to living alone and psychological distress in later life’ appears in the journal Age and Ageing and can be read in full and for free for a limited time.

Age and Ageing is an international journal publishing refereed original articles and commissioned reviews on geriatric medicine and gerontology. Its range includes research on ageing and clinical, epidemiological, and psychological aspects of later life.

Could too low blood pressure in old age increase mortality?