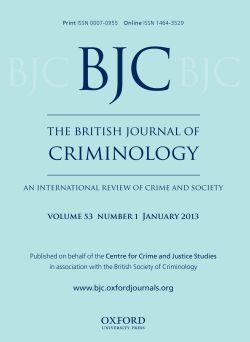 The British Journal of Criminology


What is a false allegation of rape? At first, this might appear to be a daft question. Reflecting the general tendency to think of the truth or otherwise of allegations in reductive terms of being either true or false, the meaning of “false allegation” is commonly taken to be self-evident. A false allegation of rape is an allegation that is false; the rape alleged did not, in fact, occur. In the abstract, this seems a perfectly logical and sensible approach. 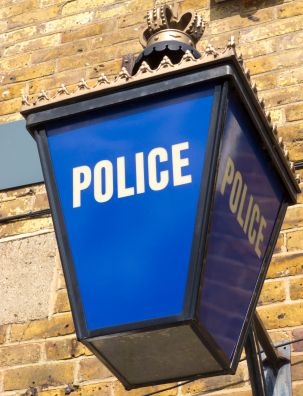 In practice, however, there is much more to making a formal rape complaint than the simple and solitary assertion, “I was raped”, or, where the identity of the accused is known, “I was raped by X”. Complainants’ statements comprise multiple assertions of fact detailing when an alleged incident happened, where it happened, how it happened, and at whose hands, as well as giving an account of the events and circumstances leading up to and following the incident. For criminal justice professionals, whose priorities are trial-focussed, the question of veracity extends to each and every statement of fact – the who, what, where, when, how and so forth – contained in a complainant’s account. As complainants may conceal or actively lie about any one or more of these facts, the messy reality is that some rape allegations may be more (or less) true (or false) than others. This raises a conceptual question: is an allegation “false” because it’s not genuine, or because it’s not true?

Of course, there’s a certain degree of overlap between these two approaches. Presumably, we would all agree that the alleged rape which is, in fact, a complete fabrication of something that never happened is a false allegation. But how would you describe the allegations of a complainant who, for example, reports being ambushed at midnight by a knife-wielding stranger, dragged into nearby bushes and raped, when CCTV footage, witness statements, and scientific evidence prove unequivocally that the complainant and accused had, in fact, spent the evening drinking together in various local bars and that sex took place at the accused’s home? Or the allegations of a rape complainant who maintains that she (or he) was stone-cold sober at the material time, when a toxicology report shows that, in fact, the complainant had consumed a significant amount of alcohol and a fair amount of cocaine, and witnesses state that she had done so voluntarily? Clearly, the fact that a complainant has lied about some detail or other in their statement(s) does not mean that there was, in fact, no rape. It does, however, mean that their allegations aren’t (entirely) true. Despite a genuine rape incident at the heart of the allegation, the complainant’s account contains assertions of fact that are demonstrably false. And the falsehoods in a complainant’s statement(s) have potentially catastrophic implications for a prosecution. If the complainant, almost invariably the prosecution’s chief witness in a rape trial, has a documented history of providing evidence which, although sworn on pain of prosecution to be true, is, in fact, false, then a prosecution is unlikely to proceed. There may well have been a rape but, in the absence of compelling prosecution evidence independent of the complainant, the chances of proving beyond reasonable doubt that there was are slim.

Regardless of one’s conceptual approach, then, referring to the alleged rape that didn’t happen as a “false allegation” is uncontroversial. The issue really is whether the rape that didn’t happen the way the complainant said it did might also be described as false. And that is an issue on which reasonable minds might – and, as I have recently argued, do – reasonably differ. “Well,” you may say, “so the ‘false allegation’ is a contestable concept. Big deal. So what?” Well, it is a big deal because nobody’s really discussing what “false allegations” are and yet people keep trying to count them! There’s a fairly extensive research literature and broader critical debate, spanning several decades, on the prevalence of false rape allegations. The prevailing academic orthodoxy insists that false allegations of rape are rare, or at least no more common than false allegations of other offences, with those claiming otherwise – usually criminal justice professionals with first-hand experience of investigating and prosecuting rape cases – quickly dismissed by the mainstream as misogynists and sceptics. But how one conceptualises and defines the “false allegation” has a direct, and often striking, effect on how many are observed. Despite repeated claims to the contrary, research findings are consistent only in their inconsistency. Estimated prevalence rates for false rape allegations range from the sublime to the ridiculous. So the contestable nature of the concept of the “false allegation” matters because divergent estimates may reflect methodological rather than attitudinal factors. Put simply, the various protagonists may not all be counting the same things.

Dr Candida Saunders is a Lecturer in Law at the University of Nottingham. Her article, The Truth, the Half-truth and Nothing like the Truth: Reconceptualizing False Allegations of Rape, appears in The British Journal of Criminology where you can read it in full and for free via the link above.

The British Journal of Criminology: An International Review of Crime and Society is one of the world’s top criminology journals. It publishes work of the highest quality from around the world and across all areas of criminology.