By June Carbone and Naomi Cahn


The 2012 presidential election may turn on marriage. Not marriage equality, though President Obama may garner campaign contributions and enthusiasm from his endorsement of same-sex marriage, and Mitt Romney may garner financial support and emotional resonance from his opposition. And not concern about family instability, though the GOP’s grip on those concerned about family values is unlikely to loosen. Instead, this election may turn on the changing balance between the married and the unmarried. Marriage, especially when combined with parenthood, primes even committed liberals for more conservative views. A lot less marriage — with the Great Recession accelerating the move away from formal unions — increases Democratic chances.

The clash in perspectives is stark. Romney leads among married voters by 13%, 51-38. It will not be close. And while Romney lags far behind Obama among women, he is ahead by 10 points among married women. Among singles, however, Obama will win in a landslide. In a July poll, 54% of single voters favored President Obama compared to 34% for Mitt Romney, and single women (who constitute 26% of the population) were almost twice as likely to favor Obama as Romney. Obama’s lead with this group could increase; a fifth of single women are still undecided, one of the largest undecided groups in the population.

Some of the differences in preference reflect age; young people are less likely to be married and more likely to be Democratic. Some reflect race. African-Americans are more likely to be single and their support for Obama is close to unanimous. But the figures also reflect something else: the emergence of marriage as a marker of class and political perspectives.

Marriage rates in the United States have been profoundly influenced by the increase in economic inequality. Over the last thirty years, only college graduate men have gained in income, all other males have lost ground. In addition, employment stability has steadily worsened for men, declining for working class men since the eighties and other men more recently. In the last ten years, only the very top of the income ladder has continued to see their circumstances improve. The result has been a decline in marriage, but not one that has been evenly distributed.

One of the dramatic changes over the last thirty years has been the growing class division that underlies family formation. In the baby boom fifties, the elite and the working class both saw unplanned pregnancies and shot gun marriages increase. During the seventies, marriage rates declined, divorce increased, and birth rates plunged for the country as a whole. Starting in the nineties, however, families’ patterns diverged. The salaries for college graduates rose sharply, while the gender gap in incomes for the group increased. All but the wealthiest men found two incomes to be a major advantage in making it to the middle class. During the same period, college graduate men and women increasingly postponed marriage into the late twenties and beyond. The net result: college graduates became less like to marry non-grads. Both men and women placed more emphasis on the incomes of potential spouses. The larger number of high income men sought to choose a spouse from the relatively smaller group of high income women. Divorce rates for the group fell back to the rates of the early thirties — before no-fault divorce, the sexual revolution, or the widespread availability of the pill. The non-marital birth rates of college graduate whites stayed at 2%. And college graduates, the group that led the way into the sex revolution and the women’s movement, became marginally more conservative about family values. 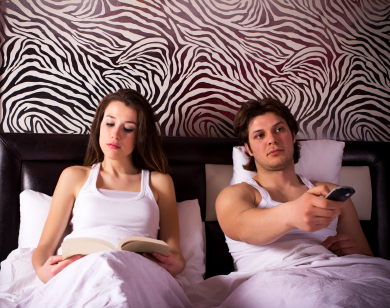 Something very different happened to the rest of the country. Blue collar wages stagnated. Male employment instability increased. The gendered wage gap narrowed, decreasing most for high school dropouts and more modestly for the middle of the educational and income spectrum. As this happened, marriage rates fell, divorce rates increased, and non-marital births skyrocketed. Today, for African-American high school drop-outs, the non-marital birth rate is 96%. Sociologist Bill Wilson explained that in urban ghettos in the nineties, marriageable women outnumbered marriageable men by two-to-one. The result, as sociologists Marcia Guttentag and Paul Secord predicted almost 30 years ago, depressed the marriage rates not only of unemployed men, but of everyone else. With relatively few “good men,” the desirable men could enter into sexual relationships on terms of their choosing. The women, recognizing the unfavorable odds, came to distrust the men. They were slow to commit, more interested in immediate returns (the high priced dinner at a fancy restaurant or the contribution to the children’s winter coats), and warier about men generally. The men responded by becoming that much more willing to cheat or to move on. Marriage rates plummeted.

Today this dynamic characterizes not only minorities and the poor, but increasing segments of the middle. Greater income inequality has meant more men at the top, chasing a relatively smaller group of high status women, and more men at the bottom, who are for all practical purposes unmarriageable. That leaves more women and fewer men in the middle. Moreover, the men in the middle, faced with stagnating wages and less stable employment, have become less reliable partners. The loss of employment tends to produce higher rates of substance abuse and domestic violence. These traits make white working class males risky as marital partners. The remaining men with decent incomes find that they can play the field, and as they do so the more their potential partners become wary of them and of marriage.

The figures on the change in attitudes are stunning. Today, over 40% of the moderately educated say that “marriage has not worked out for people they know” in comparison with approximately 53% of the least educated but only 17% of the high educated. The number of fourteen-year-olds being raised in two parent families has increased for college graduates and fallen for everyone else. The net result: the working class is increasingly likely to reside in households that don’t consist of married biological parents. Such voters either vote Democratic or are ripe for conversion.

Does this mean that demography seals the deal for Obama? Not quite, for at least two reasons. First, while marriage affects political views, so does region. As we argued in Red Families v. Blue Families, the more traditionalist (read “red”) parts of the country interpret these trends through an ideological lens that calls for a doubling down on traditional values. This part of the country still produces high rates of marriage, followed by high rates of divorce and remarriage, and GOP support. In every state, income correlates with marriage rates and conservative views, but voters stay conservative (and more likely to marry) farther down the income ladder in red states. Second, those who are married and well-off vote. More economically marginal singles are less likely to get to the polls. The rhetoric of family is important to both political parties, but today’s political efforts are more focused on energizing the base and suppressing the opposition than creating dialogue that might produce shared values.

President Obama has reached out to single women, and they were critical to his election in 2008. If this group were to gain a voice proportionate to its numbers, then the support for more liberal policies is likely to increase. The revolution cometh.

Naomi Cahn and June Carbone are the authors of Red Families v. Blue Families: Legal Polarization and the Creation of Culture. Naomi Cahn is the John Theodore Fey Research Professor of Law at George Washington University Law School, a Senior Fellow at the Evan B. Donaldson Adoption Institute, and a member of the Yale Cultural Cognition Project, for which she and her co-investigators have received outside funding to conduct research on public attitudes towards gay and lesbian parenting. She is the author of Test Tube Families and the co-author of several other books, including a leading family law textbook. June Carbone is the Edward A. Smith/Missouri Chair of Law, the Constitution and Society at the University of Missouri-Kansas City. Professor Carbone writes extensively about the legal issues surrounding marriage, divorce, and family organization, especially within the context of the recent revolutions in biotechnology. She is the author of From Partners to Parents: The Second Revolution in Family Law and co-author of the third edition of Family Law, with Leslie Harris and the late Lee Teitelbaum.

Oxford University Press USA has put together a series of articles on a political topic each week for four weeks as the United States discusses the upcoming American presidential election, and Republican and Democratic National Conventions. Our scholars previously tackled the issue of money and politics, the role of political conventions, and  the role of media in politics. This week we turn to the role of family in politics. Read the previous post in this series: “Work-life balance and why women don’t run.”

How paternity leave can help couples stay together