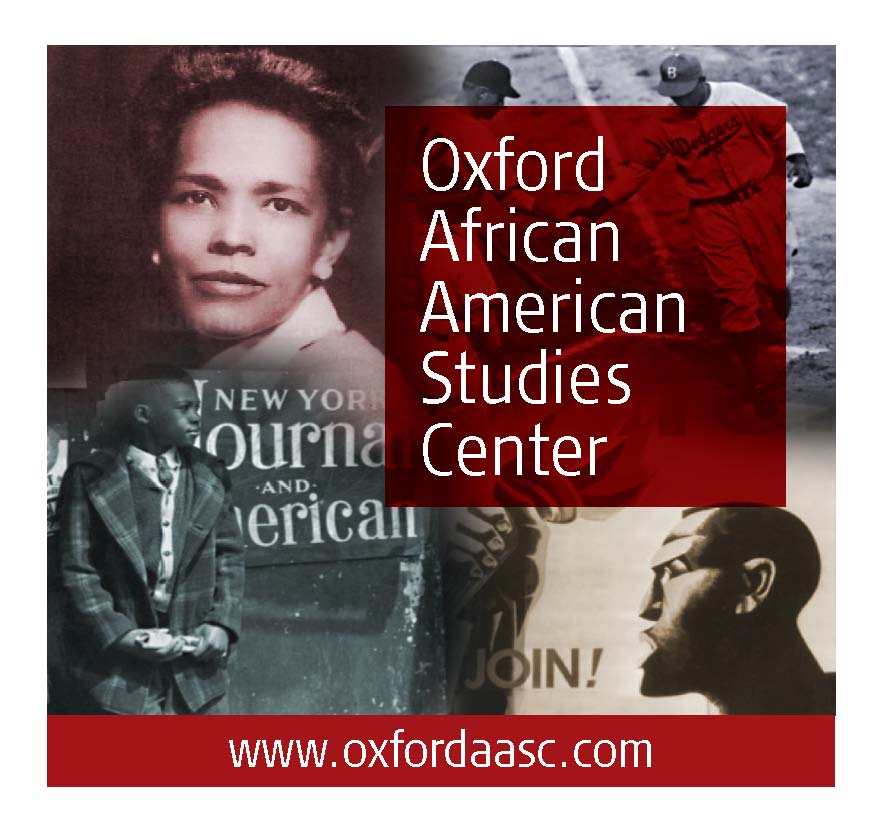 
Though they were conceived for idealistic reasons and designed to celebrate universal human aspirations, the modern Olympic Games have served as a stage for the world’s political and social struggles. Virtually every political controversy — from wars to ideological conflicts to human rights struggles — have managed to find expression every four years in the athletic events and in the media campaigns that go with them. Perhaps no group has influenced the Games more — both as athletes and as human rights pioneers — than African Americans, whose very participation in the modern games has been one of many tiny steps forward in the progress toward a more just world.

Of course, if all they did was participate, then this story would not be nearly as interesting. Instead, African-American athletes helped to remake the Games: breaking records, standing up to stereotypes of their abilities, refuting suspicions about their patriotism, and bringing the American struggle for equality to a global audience. This month, the Oxford African American Studies Center (Henry Louis Gates, Jr., Editor in Chief) features a new Focus On photo essay highlighting some of the major accomplishments of black Olympians. Such an essay could not be comprehensive — there are simply too many events to list. However, it is useful to look back on the Games and see the burgeoning Civil Rights Movement — as well as the women’s rights movement — manifested in the accomplishments of athletes such as track star Jesse Owens, high-jumper Alice Coachman, and boxer Cassius Clay.

The well-known example of Owens — whose record-setting day at the 1936 Berlin Olympics challenged the Nazi ideal of Aryan supremacy — was one in a series of African-American achievements in track and field dating back to hurdler George Poage’s performance in the 1904 St. Louis Games. Like Owens, Poage also had to confront racism head on; civil rights leaders urged him to boycott the Games when it was revealed that the athletic facilities would be segregated. Poage decided that competing would send a stronger message than refusing to participate, thereby beginning a string of dominating track performances by African Americans that continues into the present day.

The storied 1936 Olympics are famous also because they were the first to feature an African-American woman, Tidye Pickett. (Louise Stokes had expected to compete, but was pulled from the relay team at the last minute.) Stokes and Pickett had been scheduled to participate in Los Angeles in 1932, but were left out of the competition in yet another example of segregation. Unfortunately, Pickett broke her foot while racing in Berlin, and because the Second World War cancelled the Games in 1940 and 1944, it would not be until the 1948 London Games that a black woman brought home a medal. That year, Alice Coachman, a product of the prestigious track and field program at the Tuskegee Institute, won the gold in the high jump, while Aubrey Patterson won the bronze in the 200 meters. But like Owens’ victory twelve years earlier, the accomplishment was more symbolic than revolutionary. Coachman returned to the American South of the Jim Crow era, where her hometown of Albany, Georgia sponsored a segregated parade in her honor. Awareness of African-American athletes was increasing, but there was still little progress to show for it outside of the field of competition.

Few Olympic events increased awareness of the Civil Rights Movement more than the symbolic protest carried out by track stars Tommie Smith and John Carlos at the 1968 Games in Mexico City. Like Poage over 60 years earlier, Smith and Carlos had once considered boycotting the Olympics altogether. But their iconic gesture while standing on the winners’ podium — pointing gloved fists into the air during a rendition of the national anthem — had a far greater impact. Today, the moment is revered as an inspiring act of defiance at the height of the civil rights struggle. But, at the time, many in the sports broadcasting world criticized the move as overly political and provocative.

Smith and Carlos’s protest was the high-water mark of African-American political statements in the context of the Olympic Games. Over the next few years, more barriers to participation and equality quietly fell. By the 1976 Montreal Games, Dr. Leroy T. Walker had become the first African American to coach an Olympic team. In the 1990s, Walker served as the head of the entire US Olympic Committee. Meanwhile, African Americans branched out into more sports, including events held in the Winter Olympics. At the 1992 Barcelona Games, the predominantly African American “Dream Team” became an international phenomenon, easily becoming one of the most famous Olympic teams ever assembled. And though it has often been overlooked as an important moment in African American history, the 1996 Atlanta Games represented a major step forward for the most progressive city in the American South. Leading the effort to bring the Olympics to the city was civil rights leader, diplomat, and former mayor of Atlanta Andrew Young. Fittingly, those Games began with an inspirational torch lighting ceremony that featured 1960 gold medalist and cultural icon Muhammad Ali. Later, after a terrorist detonated a bomb in the Olympic village, Young evoked the words of Dr. Martin Luther King during the reopening of the park. The city, he said, had overcome its segregationist history, and would serve as a venue for the people of the world to learn from the past and to build a better future.

It is easy to look at the diversity of the 2012 U.S. team and take for granted the strides made by pioneering Olympians over the years. While the issue of racial bias remains — perhaps especially in media depictions of athletes — the ever-increasing participation, visibility, and popularity of African-American Olympians continues to push us toward the noble ideals of the Games.

To learn more, view the photo essay on African American Olympians currently featured on AASC and their list of curated articles.

Robert Repino is the Editor of the Oxford African American Studies Center. After serving in the Peace Corps in Grenada, he earned an MFA in Creative Writing at Emerson College. His work has appeared in several publications, including The African American National Biography (2nd Edition), The Literary Review, The Coachella Review, Hobart, and JMWW.

The Oxford African American Studies Center combines the authority of carefully edited reference works with sophisticated technology to create the most comprehensive collection of scholarship available online to focus on the lives and events which have shaped African American and African history and culture. The Oxford African American Studies Center provides students, scholars and librarians with more than 10,000 articles by top scholars in the field. Over 2,500 images, more than 450 primary sources with specially written commentaries, and nearly 200 maps have been collected to enhance this reference content. More than 150 charts and tables offer information on everything from demographics to government and politics to business and labor to education and the arts.