War Time An Idea, its History, its Consequences 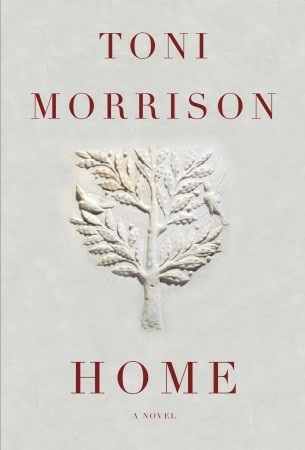 Toni Morrison’s new novel Home about a Korean War veteran’s struggles after the war might seem perfectly suited to an impending cultural turn. The close of the U.S. combat mission in Iraq and an anticipated draw-down of American troops in Afghanistan, might signal the end of a war era and a renewed focus on what we now call the homeland. Perhaps we can turn to Morrison’s beautiful and brief narrative to understand the journeys of our generation’s soldiers as they, like Frank Money (the protagonist), try to find their way home.

The message of this novel is sobering. Whatever home might be for Frank, it is not a place where war is absent, as he brings Korea along with him as he travels. If peace is thought of as an absence of war, it is a state that Morrison’s character is unable to experience. War memories, psychological injury, and loss have become a part of him, so that his wartime and peacetime selves have become one. His army jacket and dog tags are outward signs of an inner melding. Home for this soldier/citizen cannot be a place apart. And so a central theme in the novel is the kind of space home can be for a broken veteran like Frank.

There is violence in the novel, but the most jarring moments in Home aren’t Frank’s flash-backs to Korea. It is when he speaks directly to the author, criticizing her inability to understand him, and momentarily breaking the spell of the novel’s fictive spaces. In those moments, this novel about war and home becomes an engagement with a broader human failing, one that will mar contemporary homecomings.

Frank admonishes the author (or the author’s presence as a character) that she can’t capture his experience. “You can’t imagine it because you weren’t there,” he says of the Korean War. “You can’t describe the bleak landscape because you never saw it.” Describing his family’s forced departure from their home in Texas when he was a boy, Frank seems to snap at the author: “Write about that, why don’t you?” He says of the stale food offered to the hungry family in a church food line. And of the summer heat as they crossed into Louisiana: “You can’t come up with words that catch it.” The author, it seems, can neither capture Frank’s experience with language, nor even understand it.

Sometimes treated as a novel about personal triumph, Home is better seen as an exploration of the limits of understanding. In that way, Morrison truly illuminates the ‘home’ of the book’s title. Home is not a place of restoration, nor the place of broken dreams (as in post-World War II film The Best Years of Our Lives). It is the place we look for understanding but can never find it. To the extent the characters heal, it is in the context of a profound inability to connect.

The novel follows Frank, as he tries to make it to Georgia to help his ailing sister. We hear of the brutal racism that marked Frank’s family before his war service and that greeted him afterward. Even the physical surroundings are treacherous, as moonlight is maniacal and the morning landscape is “melancholy.” The novel is littered with limited relationships. It seems for a time as if the childhood brother/sister bond that opens the novel will ultimately be that home-place of the novel’s title, where the narrative strands will resolve.

Home in this novel is not a land (as in homeland), or a front (as in homefront). Home is tied to concrete physical spaces and to memories of their past meanings. But home is not a space of reunion. It is a place where individuals remain disconnected, able to see only the exterior of their most intimate human contacts. Brother and sister provide support for each other, but even at home individuals don’t fully know each other. They can never truly empathize because, as Frank admonishes: “You can’t imagine it because you weren’t there.”

Home is a cautionary tale for an era when soldiers return from places the rest of us can never fully understand. We thank them for their service, and airlines allow them to board along with elite travelers (at least when in uniform). But in our era, as in Frank Money’s, the experience of war itself is far away and largely inaccessible. Frank’s nightmares and rages would now have a name: post-traumatic stress disorder. Tying his violent outbursts to a medical diagnosis might earn a contemporary Frank our sympathy. But even if broken soldiers received better care and resources, they would still confront the same emptiness — the profound limits of empathy.

Taking it beyond other ‘postwar’ narratives, Morrison represents the limits of empathy for the soldier as a general human condition. These limits tie the individual narrative strands together. As different characters find their own paths to more hopeful futures, they do so in a context of psychological isolation, not of connection. It’s not just Frank and his love interest who cannot understand each other. All characters are so limited.

And so in the homeland of this novel, society’s inability to fully empathize with the soldier is a parable about the commonality of this profound human condition. And perhaps it is a warning. Whether it is a soldier or any other fellow human being, our efforts at understanding must be tempered by the knowledge that true empathy is an impossibility. That we are, in the end, like the character of the author: writing our own narratives, always hampered by what we lack the capacity to see.