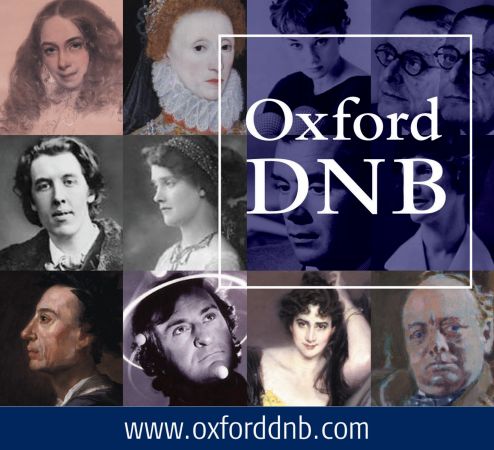 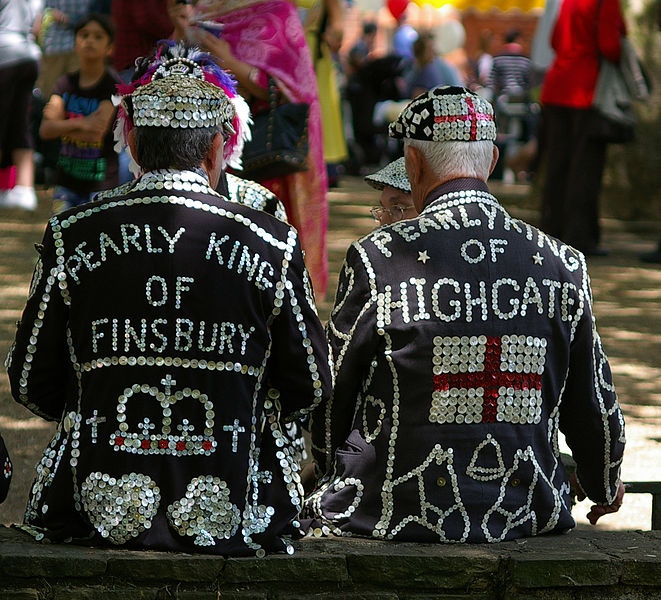 How do you write a person’s life story? For contributors to the Oxford Dictionary of National Biography this is a familiar question and its answer depends, in large part, on who’s under discussion.

Back in 2004, when compiling the Oxford DNB’s huge new edition, many contributors tackled British history’s best-known figures — lives already well-documented by years of research. The challenge then was to write a balanced life from numerous sources and diverse opinions.

More recently, contributors to ODNB’s online updates have faced different challenges. People who died in the very recent past, for example, often receive newspaper obituaries. Here the need is to infuse contemporary assessments with a historical perspective that stands the test of time. In ODNB updates adding people from earlier times (medieval to modern), there’s another question. How to write the life of someone who’s remembered for a particular act or event, but is otherwise little known — and for whom there are no obituaries, memoirs, histories, or obvious primary sources?

It’s a question particularly relevant for the Oxford DNB’s new update, published on Thursday 24 May 2012, which adds biographies of 108 people. To mark the forthcoming Olympics, the update has a special focus on Londoners active between the 14th and 20th century. There are already over 7,500 native Londoners with entries in the dictionary. Extending our coverage therefore had to go well beyond the obvious names, but not necessarily beyond some popular and familiar aspects of London life. Take, for example, those quintessential Londoners, the pearly kings and queens. Where and when did they originate, and who — if anyone — was responsible for their creation? Would it be possible to approach a well-known cultural movement, like pearly royalty, from a biographical perspective?

In recent years, research into ‘unknown’ lives has become both more frustrating and more stimulating. Frustrating because of the web’s capacity to recycle anecdotes with no reference to factual research. Stimulating because there’s been a concomitant boom in the availability of quality online resources — most notably (for British biography) the census returns from 1841, indexes for births, marriages, and deaths, parish registers, and millions of pages of national and provincial newspapers. These greatly enhance opportunities for ‘discovering’ a person, and for piecing together a life story previously buried in the archives.

Take the case of London’s pearly kings and queens. Initial browsing threw up the name ‘Henry Croft’ as the so-called ‘original king’ and founder of the pearly tradition, albeit with few firm (or consistent) facts, and much cheery Cockney folklore. Writing a first-time biography requires a ‘way in’ to the life. For Henry Croft this came via another new online resource, the Pathé news archive, which revealed a 1’25” silent clip of a funeral procession for ‘the King of the Pearly Kings’ broadcast in January 1930. This was our starting point. With an approximate death date it was possible to search the digitized indexes of the national General Register Office with a precision that would otherwise have been impossible — imagine how many ‘Henry Crofts’ died in ‘London’ (or elsewhere) sometime in the early to mid-20th century. Having found Croft’s death certificate we now had his final residence (the St. Pancras workhouse), his profession (road sweeper), and his age at death (68 years). With the latter the next step was to search the registers for ‘Henry Crofts’ born in 1861 or 1862, his known birth date. This, in turn, revealed that our man had been born on 24 May 1861, remarkably in the same St. Pancras workhouse.

Croft’s birth certificate also provided his father’s name and profession, itinerant musician. With these few facts it was possible to trawl the census returns for 1861 onwards to fill out details of Henry’s wider family: his mother’s name and life dates, his siblings (and how the family grew census-by-census over several decades), and their various moves between the tenements of inner city London. Luckily, we also had a reference to Henry’s wife, Lily, who appears as a witness on his death certificate in 1930. Who was she, and when and where did they marry? Next came a search of marriage records for Henry Crofts marrying women named ‘Lily’, ‘Lillian’, etc. across London from 1880 onwards. This led to Lily Newton (1874-1940), the daughter of a Kentish Town house painter, whom Croft married at the Bedford New Town Chapel, St. Pancras, on 21 February 1892. From here it was possible to piece together their married life, using the censuses for 1901 and 1911 (when online records currently cease). By this date Henry and Lily had eight children and were living at 15 Charles (now Phoenix) Street, St. Pancras, the same address given by Lily on her husband’s death certificate 19 years later. As was typical for working-class families in this period, their two eldest children were then in employment (Lily Constance as a ‘perfumer’ and Henry junior as an ‘engineer’) while still living at home.

The outline of Henry Croft’s biography was now in place. But what of his life as the original Pearly King, the reason for his intended inclusion in the Oxford DNB? It’s worth remembering who we’re dealing with. Though the Pearly tradition is now well-known, its founder lived on the lowest rungs of London’s social hierarchy. Henry was poor, and very poorly educated, and there would be no personal papers with which to flesh out the life. Here online newspapers came to the rescue, making it possible to search across national and London titles for occasional glimpses of Croft as a pearly king. Finding such references would have been impossible just a few years ago. Now, and with a degree of speculative searching, it was possible to trace Henry’s first known appearance as a public figure: a 1902 magazine article (with grainy photograph) which introduced ‘Mr F. Croft’, the ‘Pearlie king of Somers Town’, replete with a handmade suit of 5000 buttons.

Later newspaper references identified Croft in various ‘pearly’ roles: raising money for charity (a principal aim of the kings and queens), taking part in annual horse and donkey shows, challenging claimants to his title — even a meeting between ‘the super-king, Mr Henry Croft’ and Edward VII at Olympia in 1907. Searches of local London papers (online and in ‘traditional’ formats at the British Library’s newspaper library) also brought to light several death notices which provided final details of Croft’s personal and public life. Starting from a short, silent film clip, we now had enough to write Croft’s story for the first time.

And Pathé News also provided one further biographical nugget. In May 1934 the cameras were at Croft’s graveside in East Finchley, to record the unveiling of a life-size statue to the ‘Original Pearly King’. After acts of vandalism, the statue was moved recently to the crypt of St Martin-in-the-Field’s, Trafalgar Square. So now it’s possible to see Croft ‘in person’ as well as — from today — in the Oxford DNB.

Philip Carter is Publication Editor of the Oxford DNB. The Oxford DNB’s new update, featuring historical Londoners and pioneering British Olympians, is published on 24 May. Highlights from the update are available, along with an introduction and a full list of 108 lives. The update also includes new clickable maps of historic London, highlighting a selection of famous Londoners in the ODNB.