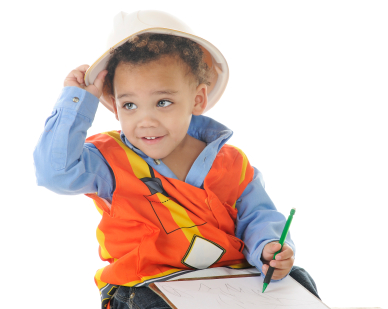 It sometimes seems that childhood is one of those issues that everyone has an opinion on — whether it is a belief that today’s children have never had it so good in terms of wealth, health and education or the conviction that they have never been more at risk — from the evils of consumer society, predatory adults, traffic, the media etc. Still, serious academic study of childhood is a relatively new field.

I remember turning up on my first day as a junior academic in one of the older universities in the UK and proudly talking about my work as an anthropologist in Thailand working with young prostitutes, only to be met with the withering put-down that ‘it didn’t sound like anthropology — more like comparative social work.’ If it involved children, it couldn’t be a serious area of study. At the time I was totally deflated but today, such a comment would be nonsensical.

It is only very recently that childhood has become a source of academic interest and that anything like a discipline called Childhood Studies could develop. In the past, children, in the social sciences, were usually only seen when they became a problem — either a problem of childcare to their mothers or when they were delinquent and out of control and a problem to the welfare or juvenile justice systems. However, the twenty first century has seen an explosion of interest in the subject, reflected in the growing number of childhood studies courses and an increasing self confidence among academics that research on and with children is a worthwhile activity.

Yet childhood remains a tricky area to study — there is always a tendency to either canonise those who work with children or demonise them. Many of the researchers I know who have worked with children in difficult circumstances have been saddled with the epithet that they are ‘like Mother Teresa’ or ‘Princess Diana’ (not necessarily a bad reputation to have, of course, but studying children doesn’t necessarily make one a good person). On the other hand, studying children simply because you are interested can lead to suggestions of academic voyeurism. There is an enormous pressure to ‘do something’ when you work with children and to ensure that your research improves their lives in some way. Anthropologists who go off to study religious practices, or kinship systems, come under no such pressure to ‘do’ something about them, or change them in any way. Those of us who work on children almost always do.

One thing that has become apparent when focusing on childhood is that many of the problems associated with modern childhoods are not always problems for children themselves but for the adults surrounding them. A useful example here is childhood obesity. Described as an epidemic by some public health officials and accompanied by scary statistics about today’s children living less long than their parents, children’s bodies are a key site of interest and policing by parents, schools and the state. Yet many of the problems associated with being overweight do not come from being fat but from living in a culture which stigmatises certain types of bodies and blames particular individuals for their own perceived failings. Paul Campos, has written passionately about this and while he may not see himself as a childhood studies person, his work (and the comments beneath these articles) shows how powerful, and bitterly contested, ideas about children and their bodies have become – and how important a proper understanding of the role of childhood in the modern world really is.

Perhaps the most import thing that childhood studies can do is not to provide answers to the problems of childhood but to deflate some of the fears that surround contemporary childhoods and damp down some of the hysteria. Children’s lives can appear constrained and over structured and children themselves under ever greater surveillance, in schools and at home over how they act, but they still manage to remain children and still find ways of avoiding or undermining the adult gaze. As my colleague Mary-Jane Kehily has argued, perceptions that childhood is in crisis are now commonplace, and yet there is very little evidence to suggest this is truly the case. Parents might well be paranoid, children much less so.

Heather Montgomery is a Reader in the Anthropology of Childhood at the Open University and Editor in Chief of Oxford Bibliographies in Childhood Studies. She is a social anthropologist who has focused on issues of childhood, adolescence sexuality and children’s rights. She has worked in Thailand conducting research among young prostitutes and published this work in Modern Babylon? Prostituting Children in Thailand (Berghahn 2001). She also writes more generally on the role of children in anthropology, examining how children and adolescents have been portrayed and analyzed in ethnographic monographs over the last one hundred and fifty years. Her book An Introduction to Childhood: Anthropological Perspectives of Children’s Lives was published by Blackwell’s in 2008. 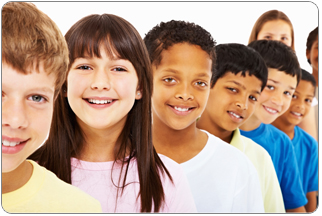