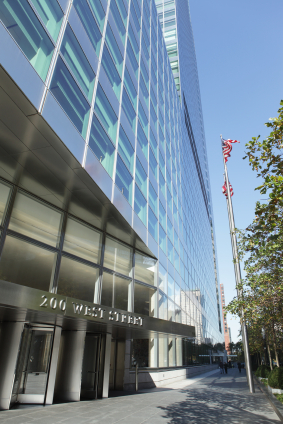 Greg Smith’s March 14, 2012 op-ed piece in the New York Times, “Why I am Leaving Goldman Sachs” is a familiar story for those who follow the betrayal and repair of trust. Smith tells a story of his frustration and disillusionment at Goldman changing from a culture that valued service to clients to one that rewarded those who made the most money for the firm even if it betrayed client interests. To be clear, from a trust violation standpoint, Smith suggests that Goldman lacks integrity because it holds itself out to clients as being their servants when in reality the firm is focused on manipulating clients to buy or sell securities that benefit Goldman’s interests more than the clients’. If this is true, Goldman is saying one thing but doing another, which is duplicitous and lacks integrity.

What is interesting about Smith’s resignation letter is that it tells the all-too-common, inside story of how firms lose their way and violate trust. The message here, and one that is consistent with the BP, News Corporation, Toyota, and Lehman violations, is that these betrayals of stakeholder trust have root causes that are embedded in the organizational system. At BP there was rhetoric about safety after the 2005 Texas oil refinery explosion, but real currency of the realm continued to be profit; so they chose to save 7 million dollars to drill a Deep Water Horizon well that they knew was not the safest option. At News Corp, they said that rogue employees were responsible for the first hacking scandals (that it was not inherent in the system), but it was later revealed that hacking was a strategy used in the News Corp system to gain advantage among news outlets. Toyota had a strong quality culture, but a flawed and Tokyo centric recall system that failed to notify US drivers about cars that had been recalled in other countries. Lehman systematically overrode its own risk management practices because growth and profit is what really mattered.

High trust firms like Zappos, Google, Proctor and Gamble, and QuikTrip don’t fall into these traps. They do the hard work of clarifying mission and values, and they align leadership, culture, reward systems, and all of their core processes (product development, supply chain, etc.) toward serving stakeholders’ interests. These stakeholders — customers, suppliers, communities, and employees — know that these firms can be counted on reliably. The data is clear that these high trust firms derive many competitive advantages in lower employee turnover, more customer loyalty, more organizational resilience, and even higher stock price from this service. Doing the right thing and doing it consistently is a virtuous and effective way of doing business.

The good news for Goldman Sachs is that trust failures can be repaired and reputations restored. Mattel recovered brilliantly from its lead paint problem in toys made in China; Bill Clinton went from the disgrace of the Monica Lewinsky scandal to being a leader in global causes and presented as the world’s CEO in the media . But the path is not easy. Real trust repair requires a humbling self-examination and cutting out the cancer that is causing the betrayal of trust. There are no short cuts or instant solutions, but there is a clear way forward.

Robert F. Hurley is a professor at the Gabelli School of Business, Fordham University. He is the author of The Decision to Trust (Jossey Bass, 2012) and a contributor to the upcoming Restoring Trust in Organizations and Leaders: Enduring Challenges and Emerging Answers, edited by Roderick M. Kramer and Todd L. Pittinsky.